19 Indians kidnapped by pirates near Nigerian coast released, one died in captivity

The 20 Indian sailors were kidnapped on December 15 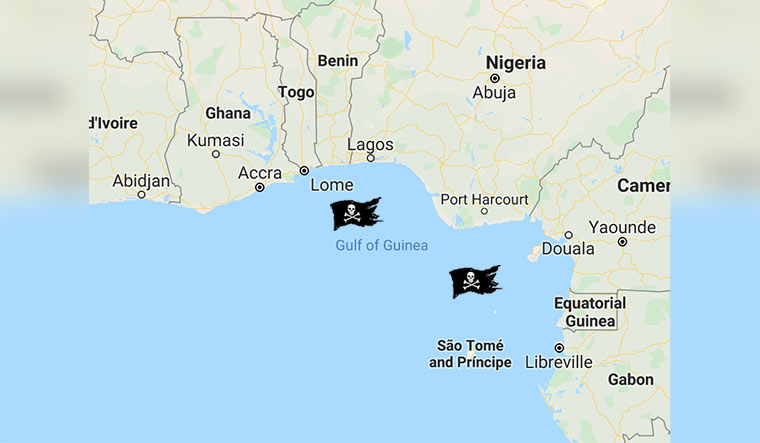 Nineteen Indians, kidnapped by pirates from a commercial vessel from the high seas off the western coast of Africa last month, have been released while one died in their captivity, according to the Indian mission in Abuja.

Twenty Indian crew members were kidnapped from the vessel MT Duke in the high seas off the western coast of Africa on December 15.

The High Commission of India in Abuja on Sunday tweeted that 19 Indian nationals were released on Saturday while one died in the captivity of the pirates in "adverse conditions".

India thanked the Nigerian authorities for their assistance in the release of the abducted Indians.

Indian Govt & Mission gave highest priority and worked with @NigeriaGov on release of 20 Indian seafarers kidnapped on 15 Dec from MV Duke. 19 were released yesterday. One sadly died in captivity in adverse conditions. Our deepest condolences.🙏Mission assiting in speedy return.

"Indian Govt and Mission gave highest priority and worked with @NigeriaGov on release of 20 Indian seafarers kidnapped on 15 Dec from MV Duke. 19 were released yesterday. One sadly died in captivity in adverse conditions. Our deepest condolences. Mission assiting in speedy return,"  the Indian High Commission tweeted.

The Indian mission in Abuja had taken up the matter with the Nigerian authorities and also with the authorities of the neighbouring countries.

Goa NRI Commissioner Narendra Sawaikar on Sunday said the person who died in captivity was from Ambelim village, over 40 kilometres from Panjim.

In a tweet, Sawaikar said, "It is being informed that Brito D'Silva one of the 4 #Goans seafarers from Ambelim kidnapped by #Nigerian #pirates dies under abduction. 18 seafarers have been released by pirates today. Demanding an inquiry into the matter."

Meanwhile, Aam Aadmi Party Goa convener Elvis Gomes, whose friend and fellow villager Roby Rego was reportedly among those abducted, said the joy of the release had been dampened by the death of a crew member from Ambelim.

"AAP was constantly drawing the attention of External Affairs Minister S Jaishankar for action in the matter. Our seafarers cell in charge Capt Venzy Viegas was also taking regular updates from the local shipping agent and the parent shipping company in the UK," Gomes claimed.