A peace march was held in Bhainsa town on Tuesday 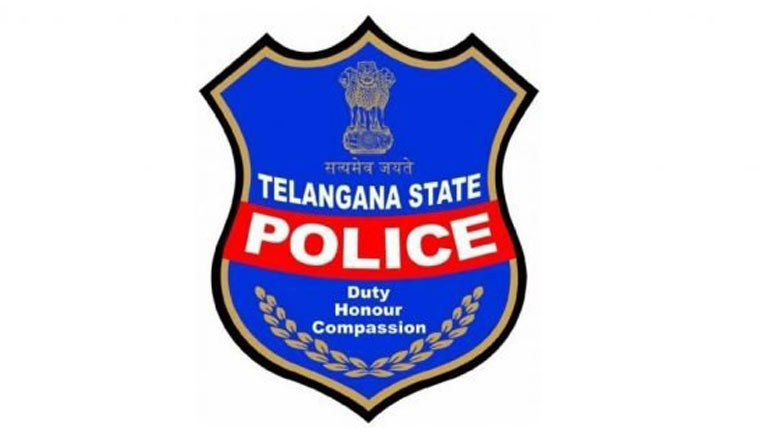 Police continue to remain on high alert in the erstwhile Adilabad district (now bifurcated into four) in north Telangana due to communal tension. On Tuesday, a peace march was held in Bhainsa town which has been witnessing violence and arson for past two days. Sensitive parts of the town, with a population of around 60,000, was filled with large contingents of police force equipped with riot gear.

According to police sources, the internet shutdown in Bhainsa and nearby villages and towns may extend for a few more days due to the sensitive situation.

Bhainsa has a history of communal violence. The latest of them allegedly started because of the modified exhaust system of bikes. Youth on noisy bikes were seen repeatedly moving around in the by-lanes of a locality where members of a particular community reside in large numbers. The youths, who belong to another community, were stopped by the locals and pulled up for creating a nuisance. In few hours, the youths allegedly returned with more than 100 members belonging to their community and started pelting stones. Houses and bikes were burnt in the neighbourhood. Soon, there was a retaliation which led to further violence. Around 20 people, including policemen, suffered injuries.

According to Nirmal SP Shashidhar Raju, the situation is under control and peaceful. However, the town remains tense with commercial establishments still closed.

Meanwhile, the issue took a political turn with the MIM and the BJP slugging it out. Asaduddin Owaisi, the Hyderabad MP and MIM president, condemned the violent incidents and demanded that those indulging in unlawful activities be booked. Raja Singh, the lone BJP MLA from Telangana, said that he will go to Bhainsa on Tuesday to meet those affected in the violence. However, he was detained in his house by the Telangana police and prevented from leaving Hyderabad. Singh accused the local MIM party members of creating trouble and blamed the police for going soft on them.

Bhainsa’s composition is unique as the population of majority and minority communities are almost the same. In 2008, six people, including children, died and scores were injured in communal violence.