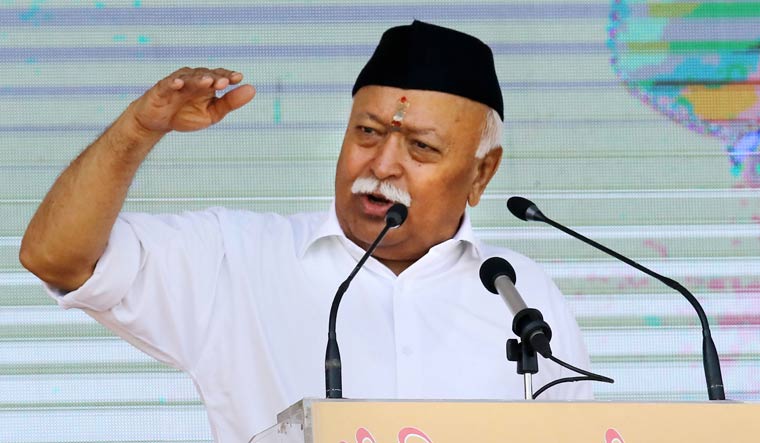 Senior Congress leader V Hanumantha Rao on Monday filed a complaint against RSS chief Mohan Bhagwat alleging the Sangh leader insulted the sentiments of the people by saying that all 130 crore Indians are "Hindus."

Mohan Bhagwat had, at a public meeting in Hyderabad on December 25, said irrespective of religion and culture, people who have nationalistic spirit and respect the culture of Bharat and its heritage are Hindus and RSS considers the 130 crore people of the country as Hindus.

"The statement of Bhagwat not only hurts the sentiments and beliefs of Muslims, Christians, Sikhs, Parsis etc., but is also against the spirit and tenor of the constitution of India," the former Rajya Sabha member alleged in his complaint.

"This will also lead to communal tension among the public and it could also become a law and order problem in Hyderabad," he contended.

When contacted, Ashok Reddy, inspector of LB Nagar police station, told PTI they had received a complaint from the Congress leader and were seeking legal opinion if a case can be made out of it.