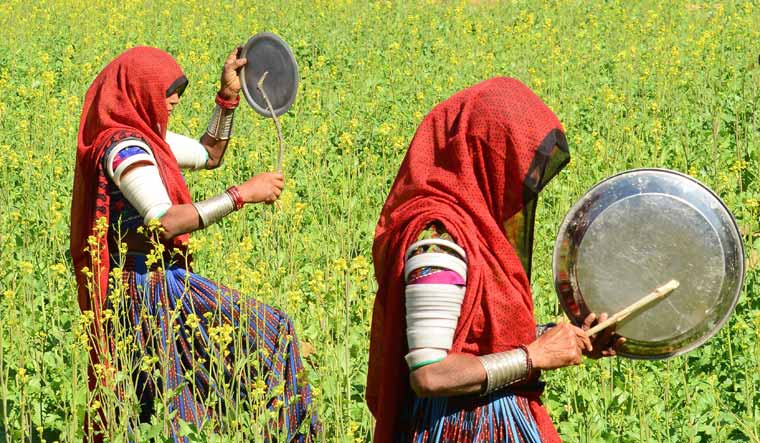 Villagers bang pots in an effort to clear locusts from crop fields near Miyal village in Banaskantha district some 250km from Ahmedabad on December 27, 2019 | AFP

"The damage caused to crops can be minimised only if serious efforts are initiated for the control of grasshoppers in Pakistan and other neighbouring countries," he stated in a letter to the PM.

Requesting a coordination with neighbouring countries, including Pakistan, the CM said Jaisalmer, Barmer, Jodhpur, Bikaner, Jalore, Churu, Sriganganagar and Hanumangarh districts in Rajasthan were under heavy attack of locusts.

The state government was already working in coordination with the locusts warning organisation at Jodhpur for the control of insects, a release said on Friday.

Locusts started coming to Rajasthan in great numbers in May this year.

Generally, the number and effect of these insects declines by October but this time their attack continued in December.

Gehlot mentioned that he had written to the Union agriculture minister on September 18 in this regard.