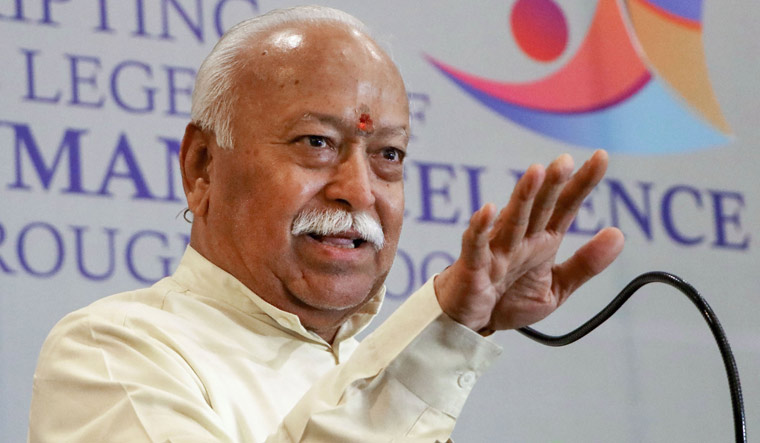 Union Minister Ramdas Athawale said in Mumbai on Friday that he disagreed with RSS chief Mohan Bhagwat's assertion that all 130 crore people living in India are Hindus.

Speaking in Hyderabad on Thursday, Bhagwat had said the Rashtriya Swayamsevak Sangh considers the entire population of India as Hindu society, irrespective of people's individual religions and culture.

Athawale, a dalit leader who heads the Republican Party of India, a constituent of the NDA, told PTI that he did not agree with Bhagwat.

"If it is said that RSS considers everyone Indian (instead of Hindu) and we are all united, I can understand. Hindus are the majority community, but there are also Buddhists, Muslims, Christians, Jains, dalits, backward classes. All of us are one and united as Indians," he said.

At one time Buddhism was a dominant religion in many countries including India, he said, adding, "Should we (then) say all of us are Buddhists?"