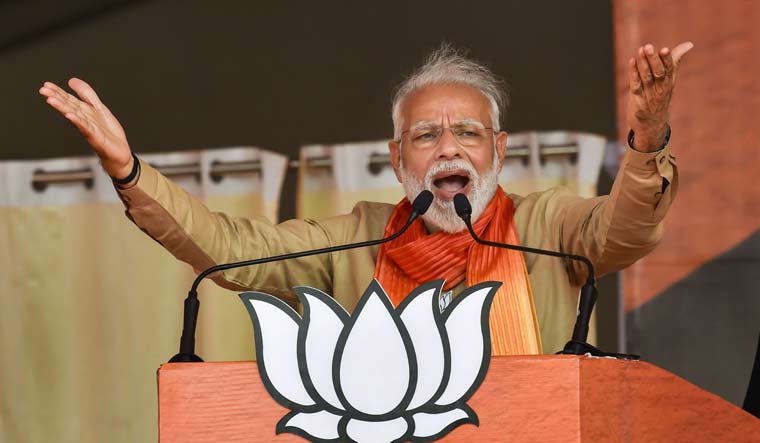 Amid nationwide protests against the Citizenship Amendment Act, Prime Minister Narendra Modi on Tuesday blamed 'urban naxals' for inciting student protestors, using university campuses to spread violence and an atmosphere of fear to scare Indian Muslims. "Stop this guerilla politics. Indian Constitution is our only holy book. I appeal to youth in colleges to debate our policies, protest democratically. We will listen to you. But some parties, urban naxals, are firing off your shoulders," Modi hit out against the opposition in Jharkhand's Berhait during a poll rally.

Amid a wave of violent protests in several parts of the country over the Citizenship (Amendment) Act, Modi sought to assuage concerns of Indians apprehensive about getting stripped of their citizenship.

He said the law was enacted for religious minorities of three nations--Pakistan, Bangladesh and Afghanistan--who fled their countries because of religious persecution.

"It's for people who have fled three countries due to atrocities on account of their religious faith. It's for those who are living in miserable conditions and cannot go back," he said.

Modi said he wanted to know how the new citizenship law had encroached upon the rights of Indian Muslims, or for that matter, any citizen of the country.