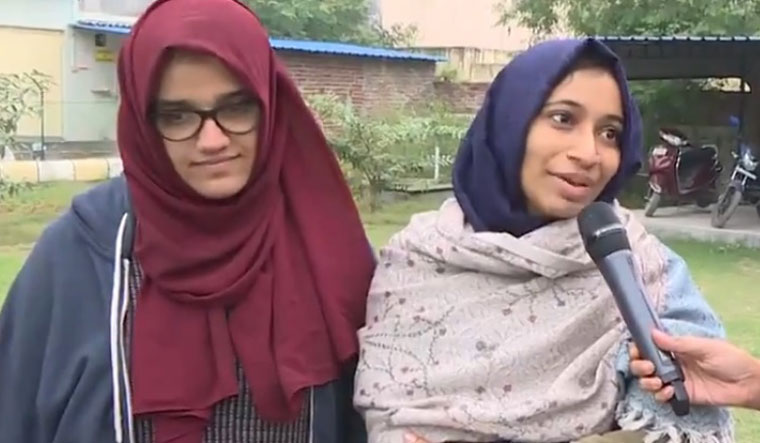 22-year-old Ayesha Renna along with fellow students Ladeeda Farzana and Shaheen Abdullah have become the face of the protest by Jamia Millia Islamia fraternity against the Citizenship Amendment Act after they stood up to cops who were chasing down the protesting students and beating them up.

Ayesha Renna, a history student and Ladeeda Sakhaloon, a BA Arabic student, were seen shielding Shaheen from the police in a video that went viral.

Recalling the incident, Renna said around 5.30 pm on Sunday, they saw people at the front running back and cops charging at them. "We went inside the garage of a house and stayed there. There were nine of us girls and one boy. The gate couldn’t be closed because a car was blocking it," she was quoted as saying. She further said a few policemen surrounded them and asked them to come out and assured them that they would not be beaten. "We refused but suddenly one of them dragged the boy out and we were pulled out too. They then started hitting all of us with lathis,” she added.

How to rescue a victim during a #lynching incident.
Real life demo by women students of #Jamia

Later, in an interview to noted journalist Barkha Dutt on The Mojo, the two girls said they are not afraid of the government. “We only fear Allah,” they said. Citizenship Amendment Act is a matter of existence, Renna added. “It happened with Kashmir. We kept quite...We lost our faith in judiciary after the Babri verdict...We are certain that next they will be targeting the whole India.”

“If you see any injustice in the society, don't think that you are a woman...just get out, raise you voice. Men will try to make you sit inside your home. Women are always told to keep their voice low. But, no, raise your voice. Nobody is going to control you,” Renna told Barkha Dutt. 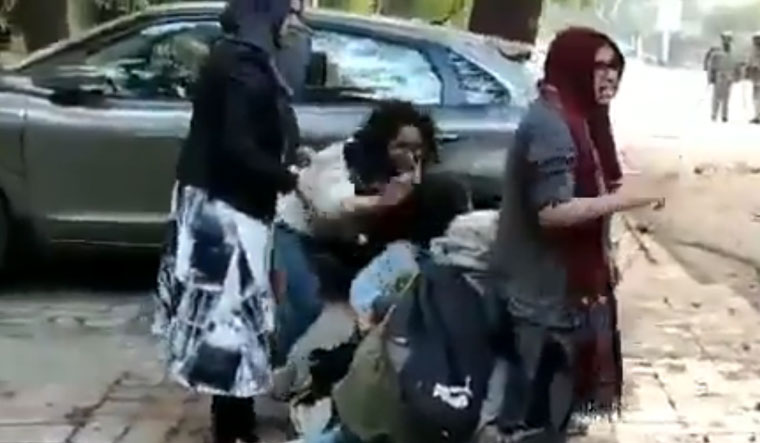 According to media reports, there were only four women when the agitation against the Act was launched initially. Renna and Sakhaloon took the initiative to go around hostels and urged more students to join them.

Rasheed, father of Renna, claimed that his daughter was targeted by cops as she led the agitation. He further said his daughter is not afraid of anyone as the fight is to save the dignity of Muslims.