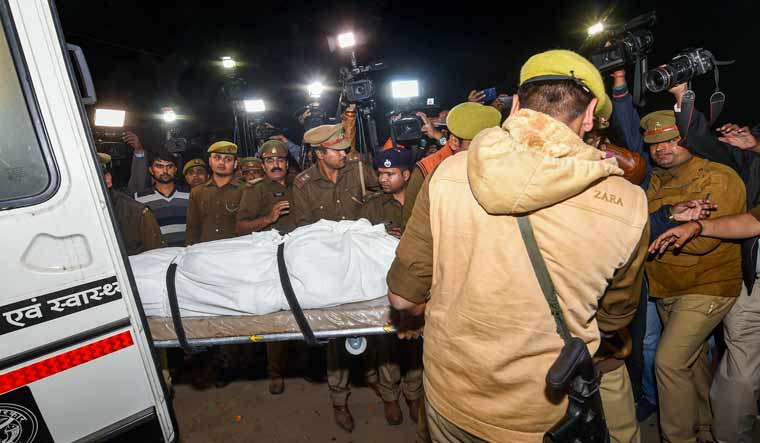 Uttar Pradesh Labour Minister Swami Prasad Maurya handed a cheque of Rs 25 lakh as an ex-gratia compensation to the father of the Unnao rape victim, who was allegedly burnt to death by five men, including the two accused of raping her.

Maurya handed over the cheque to the victim's father during his visit to his village in Unnao along with Cabinet colleague Kamal Rani Varun.

The two ministers met the family members and while condoling their daughter's death, assured them of all possible helps in future.

An official statement quoted Maurya as saying that "the family will be given a house under the Pradhan Mantri Awaas Yojana."

"Apart from this, whatever assistance is needed in future, it will be made available to the family from time to time. The state government is very serious and sensitive towards the unfortunate incident," he added.

He said directions have been issued to secure stringent punishment to the accused persons.

"The intention of the government is that injustice should not be done with anyone," Maurya said, adding the guilty in the incident will not be spared.