Karnataka: Counting of votes in crucial bypolls on Monday

Counting will begin at 8 am, and the results are expected to be out by the afternoon 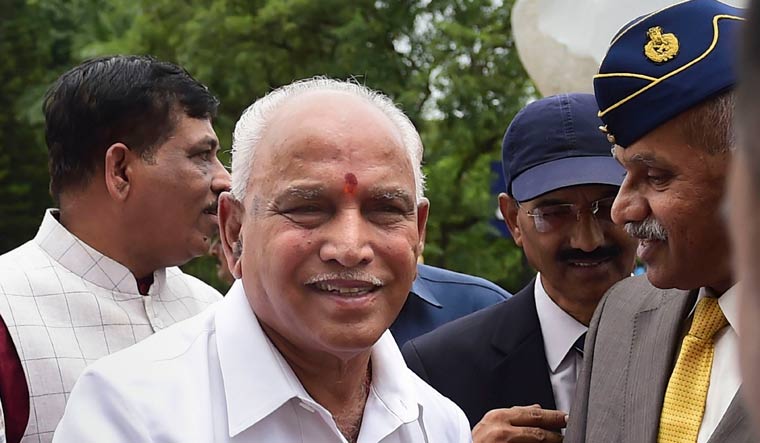 The fate of the four-month-old B.S. Yedyurappa-led BJP government in Karnataka will become clear as counting of votes begins on Monday.

The bypolls that were held on December 5 were necessitated after 17 rebel Congress and JD(S) MLAs were disqualified after their revolt against the H.D. Kumaraswamy-led coalition government in July. The collapse of the coalition led to the BJP coming to power under Yedyurappa.

Twelve of the 15 seats were held by the Congress and three by JD(S).

The counting will begin at 8 am, and the results are expected to be out by the afternoon.

Ahead of counting, the BJP had expressed confidence about the party winning a majority of seats. Chief Minister Yediyurappa said the party would win at least 13 of the 15 seats, while the opposition Congress and JD(S) would have to be content with just one each. "We will win at least 13 seats. The Congress and the JD(S) may win one seat each. Our party will carry out overall development of the state in the next three-and-half years," the chief minister had said.

The BJP requires at least six seats for a majority in the assembly of 221 seats minus the Speaker and a nominated member.

Yediyurappa had won the confidence motion on July 29 after the effective strength of the 225- member assembly (including the speaker who has a casting vote) came down to 208 and the majority mark to 105, equivalent of BJP's current strength, following the disqualifications. Currently, the BJP has 105 MLAs (including an independent), the Congress 66 and the JD(S) 34. Besides, there is one BSP member, a nominated MLA and the speaker.

Meanwhile, JD(S) chief H.D. Deve Gowda visited Saibaba temple in Shirdi in Maharashtra on the eve of the results even as Yediyurappa went to Dharmasthala and sought the blessings of Lord Manjunatha.