Thackeray broke away from BJP and formed Sena-led govt with NCP, Congress support 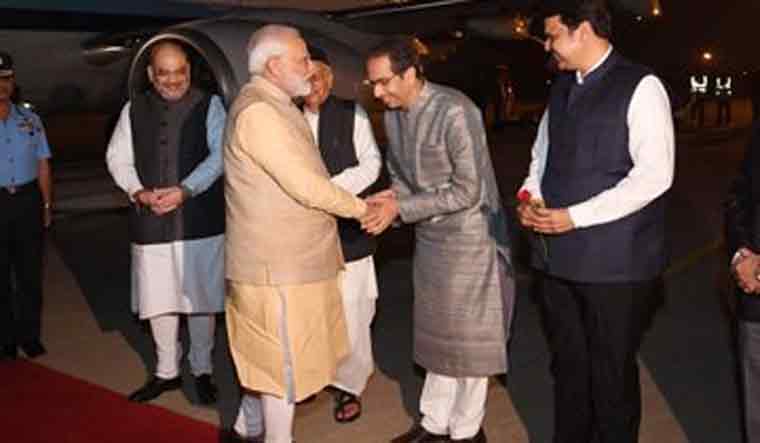 Maharashtra Chief Minister Uddhav Thackeray received Prime Minister Narendra Modi at the Pune airport on Friday evening. It was the two leaders' first meeting after Thackeray broke away from ally BJP and formed a Shiv Sena-led government in Maharashtra with the support of the Congress and NCP last month.

The prime minister will be attending the national conference of director generals and inspector generals of police which is being held in Pune on Saturday and Sunday.

After more than a month's delay, the new Maharashtra government, led by Uddhav Thackeray, was sworn in on November 28, after the Shiv Sena broke off an almost three-decade long alliance with the BJP.

The BJP, which won 105 seats in the 288-member Maharashtra assembly, needed 40 more MLAs to prove a majority. The party's overnight coup to induct a government led by Devendra Fadnavis, with NCP leader Ajit Pawar as his deputy did not play out well the BJP.