OPINION: Ministers should mind their words on onion prices

Justice Katju argues remarks of Sitharaman, Choubey have been cruel and flippant 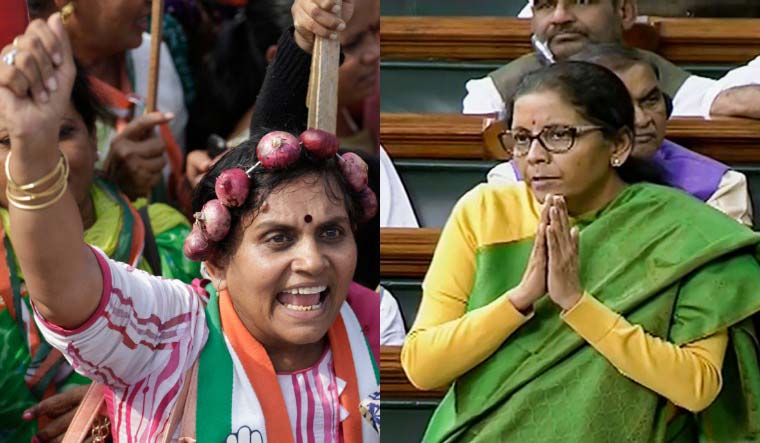 The majority of India’s 1.35 billion people are very poor. And many of these poor people subsist by eating roti with some salt and a few onions, as they can afford little else. Onions are, therefore, as important for the Indian masses today, as bread was for the French masses at the time of the French Revolution of 1789.

In India, of late, onion prices have gone through the roof, up to Rs 100 per kg in most areas, which is an escalation of four times the price three months back. In Howrah and Hyderabad, the price of onions is reported to be up to Rs 120-130 per kg or even more, and this despite the ban on export of onions and huge imports.

When questioned about it in Parliament, Union Finance Minister Nirmala Sitharaman said that her family members do not eat onions and the Union Minister of State for Health and Family Welfare Ashwini Kumar Choubey said as he had never eaten onions in his life, how could he comment on the situation.

The remarks of these ministers were cruel and flippant, and displayed an utter lack of sensitivity to the suffering of the masses. The issue was not the personal eating habits of these ministers: It was what was being done to alleviate the distress of the people?

Indeed, what would the people of Paris and other parts of France have thought if the Bourbons and the other French aristocrats had said, when told of the bread shortage in the cities, what had they to do with bread when what they ate were exotic delicacies like caviar, lobsters, cow’s tongues and goat’s brains, washed down with the finest French wines? It would be as cruel as Queen Marie Antoinette, who when told that the people did not have enough bread, said that they could eat cake.

Insensitive remarks can later have terrible consequences, as Foulon, the controller of France (similar to the finance minister in function) under Louis XVI, learnt. When told that the people did not have bread, he is said to have remarked “Let them eat grass.”

After the storming of the Bastille on July 14, 1789, Foulon tried to hide, but was caught. His head was cut off by the revolutionaries, mouth stuffed with grass and the head stuck on a pike and paraded on the streets of Paris, with a poster stating, “Here is the man who wanted us to eat grass.”

In these days of terrible people’s distress in India, politicians should have care and watch their words, lest the people’s mounting anger makes them do something similar to what was done to Foulon!