The food had been given to students studying in classes six to eight. 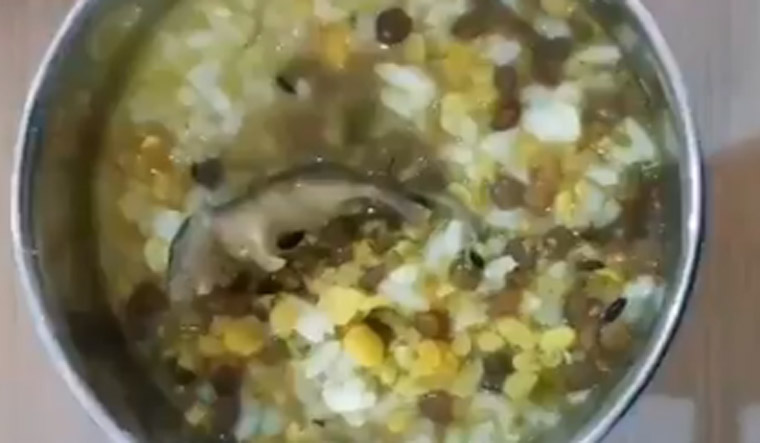 The plight of government-run academic institutions in Uttar Pradesh has been covered in the media repeatedly. And on many of these occasions, the midday meal scheme has been the source of the bad news.

If a school in Sonbhadra supplied one litre of milk diluted in a bucket of water to 85 children a week ago, children in Mirzapur were fed rotis with just salt as an accompaniment three months ago.

But an incident in Muzaffarnagar district on Tuesday is likely to make readers recoil in horror. A dead rat was found in a midday meal served to students at the Janta Inter College in Muzaffarnagar on Tuesday. According to media reports, at least nine students and a teacher had to be rushed to hospital after they fell sick upon eating the food. The food had been given to students studying in classes six to eight.

NDTV reported that the food was prepared by an NGO called Jan Kalyan Sanstha Committee, which was based in Hapur. According to NDTV, the rat was food in a container of dal; in addition to the nine children who fell ill, 15 others had consumed it.

The Muzaffarnagar district magistrate ordered that an FIR be registered against the organisation overseeing the implementation of the midday meal scheme.

Jagran reported that district coordinator for the midday meal scheme, Vikas Tyagi, rushed to the spot for investigation. On hearing about the incident, local residents also arrived at the college, with some parents taking their children home.

The midday meal scheme in Uttar Pradesh is designed to provide at least 450 calories to a child daily, with the food supplied including pulses, rice, rotis and vegetables. Fruit and milk are supplied on specified days.