"The reason being floated is malicious and untrue" 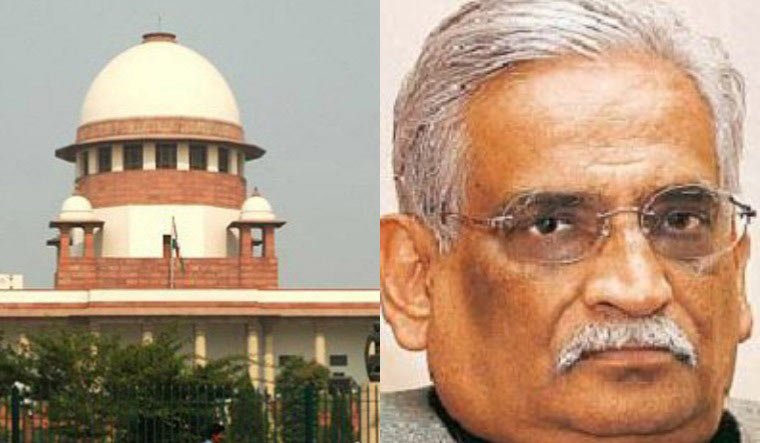 (File) A collage of the Supreme Court and Rajeev Dhavan

Senior advocate Rajeev Dhavan, who represented the Muslim side in the Ayodhya dispute in the Supreme Court, announced that he has been sacked, multiple reports claimed on Tuesday. He reportedly posted on Facebook: "Just been sacked from the Babri case by AOR Ejaz Maqbool who was representing the Jamiat. Have sent formal letter accepting the 'sacking' without demur. No longer involved in the review or the case. I have been informed that Mr Madani has indicated that I was removed from the case because I was unwell. This is total nonsense. He has a right to instruct his lawyer AOR Ejaz Maqbool to sack me which he did on instructions. But the reason being floated is malicious and untrue."

Dhavan had an eventful tenure in the case. On September 2, the Supreme Court Monday agreed to hear a contempt plea filed by Dhavan, claiming that he has been threatened for taking up the Ram Janmabhoomi-Babri Masjid land dispute case. On October 16, in the apex court, he tore apart a map that purportedly showed that the birthplace of Lord Ram would have been located in the centre of the now-demolished Babri Masjid. Dhavan got agitated when Vikas Singh, the counsel for the Hindu Mahasabha, sought to present a book to the five-member Supreme Court bench hearing the arguments. Singh sought to present Ayodhya Revisited, a book written by ex-IPS officer Kishore Kunal, which claimed to have evidence that correlated the location of the janmasthan of Lord Ram at the centre of the Babri Masjid. Singh requested that the Hindu Mahasabha wanted to cross-check the evidence on the location of the birthplace of Lord Ram.

The next day, a Hindu priest filed a letter petition with Chief Justice of India Ranjan Gogoi seeking revoking of 'senior advocate' designation of noted lawyer Rajeev Dhavan for the tearing act. Ajay Gautam, in his letter to the CJI, termed as "offensive" and "illegal" the act of Dhavan, and sought cancellation of his licence to practise as a lawyer. One of the factions of the All India Hindu Mahasabha (AIHM) wrote to the Bar Council of India seeking action against the senior lawyer for his "highly unethical act" of tearing the pictorial map.

Jamiat Ulema-e-Hind chief Maulana Arshad Madani had earlier announced they would file a review petition challenging the Supreme Court ruling in the Ayodhya case. The plea seeking review of the verdict which cleared the way for construction of a Ram Temple at the disputed site in Ayodhya was filed in the Supreme Court on Monday stating that "complete justice" could only be done by directing reconstruction of Babri Masjid. While key litigant Uttar Pradesh Sunni Central Waqf Board decided against challenging the verdict, Maulana Syed Ashhad Rashidi, legal heir of original litigant M. Siddiq and UP President of Jamiat Ulama-e-Hind, sought review of the verdict on 14 counts.