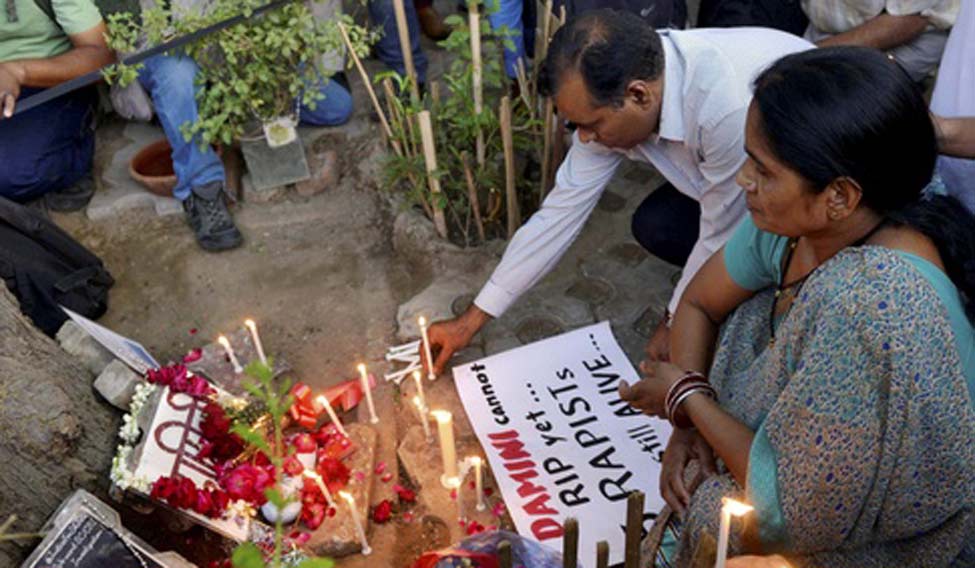 Delhi Lt Governor Anil Baijal has recommended rejecting the mercy plea of one of the convicts in the 2012 Nirbhaya gang rape case, Chief Minister Arvind Kejriwal said on Monday, while the victim's mother expressed anguish over her "endless wait for justice".

The development comes a day after the Delhi government recommended rejection of the mercy petition of Vinay Sharma, one of the convicts facing the gallows for the gang rape and murder of a 23-year-old paramedic student.

According to Kejriwal, the President had sought comments from the Delhi government on Sharma's mercy plea.

"Today, we have received the LG's approval to reject the mercy petition (of Vinay Sharma) and today we will send our recommendations to the President," the chief minister said in the Delhi Assembly.

He said the government wants stringent penalty for rape and murder convicts, adding that there is no scope for leniency.

Nirbhaya was gang raped on December 16, 2012. She later succumbed to her injuries. The brutality of the rape had rocked the nation leading to massive protests.

The rejection of the mercy plea comes at a time when there is nation-wide outrage over the gang rape and murder of a 25-year-old veterinary doctor in Hyderabad.

Expressing anguish over her "endless wait for justice", Nirbhaya's mother hoped that the family of the Hyderabad victim will be able to see the accused getting punished soon.

Recalling her years-long fight to seek justice for her daughter, Nirbhaya's mother said the battle for justice had just begun for the Hyderabad family.

"They have lost their daughter and their fight for justice has just began. It will go on for years. But like me I don't want them to keep waiting for justice and wish they get justice soon," she told PTI over the phone.

"I have been fighting for years but I don't want them to go through the same ordeal and hope they get justice soon," she said.

Nirbhaya's grandfather was more impassioned in his reaction. He said those guilty of such crimes should be "handed over" to the people to do "justice".

In an apparent reaction to the gang rape and murder of the Hyderabad vet who was on her way home from work when she was attacked, he suggested that the number of such cases will come down if those arrested are "shot dead in the street".

The National Commission for Women has also urged President Ram Nath Kovind to reject the mercy petition of the accused in the Nirbhaya case, saying it would deter others from committing such crimes against girls and women.

Considering the rising incidents of "inhuman" tragedies against females, an exemplary punishment of death sentence should be given to the convicts of such heinous crimes as they do not deserve any mercy, NCW Chairperson Rekha Sharma was quoted as saying in a statement by the Commission.

She requested Kovind to direct the government to set a definite mechanism and timeline for trial and disposal of all appeals, review petitions and curative petitions in such heinous and brutal rape cases, preferably within six months so that speedy justice can be ensured.

The National Human Rights Commission on Monday also expressed serious concern over incidents of sexual violence against women. It issued notices to the Centre and all states and UTs seeking reports on the standard operating procedures to deal with such cases and use of the Nirbhaya Fund. The fund was created to take steps towards ensuring women's safety.