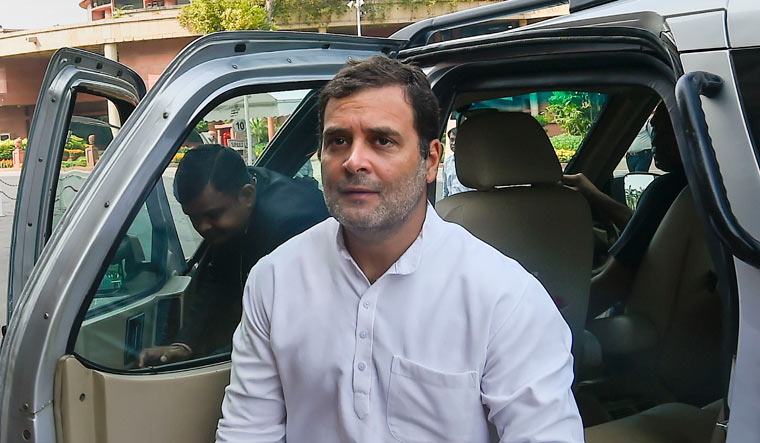 Congress leader Rahul Gandhi will address his first rally during the assembly polls campaign in Jharkhand on Monday.

The former Congress president will address a public meeting in Simdega in favour of the party's candidate Bhushan Bara who is up against BJP's Shraddhanand Besra.

The Jharkhand elections is being held in five phases and the first was completed on Saturday.

The JMM, the Congress and Lalu Prasad's Rashtriya Janata Dal (RJD) announced a pre-poll tie-up for the state recently with former chief minister Hemant Soren as the combine's CM face.

The Congress is contesting on 31 of the 81 seats in the Jharkhand assembly, the RJD on seven seats, while the biggest chunk of the alliance's share has gone to the Jharkhand Mukti Morcha (JMM), which has fielded candidates on 43 seats.