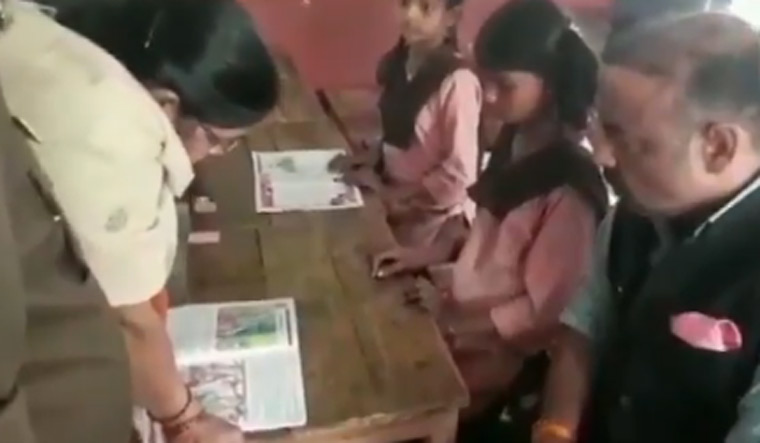 The bad news from government schools in Uttar Pradesh just does not seem to end. On Friday, it was widely reported that a government school in Sonbhadra district had mixed one litre of milk in a bucket of water to supply to 85 children, provoking outrage.

#WATCH Unnao: An English teacher fails to read a few lines of the language from a book after the District Magistrate, Devendra Kumar Pandey, asked her to read during an inspection of a govt school in Sikandarpur Sarausi. (28.11) pic.twitter.com/wAVZSKCIMS

While the incident in Sonbhadra could, charitably, be attributed to poor funding, video footage of an incident in Unnao district is raising questions about the qualifications of the teachers itself.

In the clip, an English teacher at a government school in Sikandarpur Sarausi in Unnao is seen being instructed by District Magistrate Devendra Kumar Pandey to read a few lines from a textbook of class 8. The teacher, Rajkumari, struggles to read, following which the district magistrate angrily orders that she be suspended.

News agency ANI reported the incident happened during a surprise inspection of the school by the district magistrate on November 28.

While the teacher and school staff attempt to reason with the district magistrate, he reminds them that the teacher is a BA graduate and adds he only wanted her to read a few lines and not translate the text.

The district magistrate asked the teacher to read from the textbook after the students of the class fumbled in reading. According to reports, the teacher even failed in uttering straight sentences in English.