The group interacted with several people, including traders 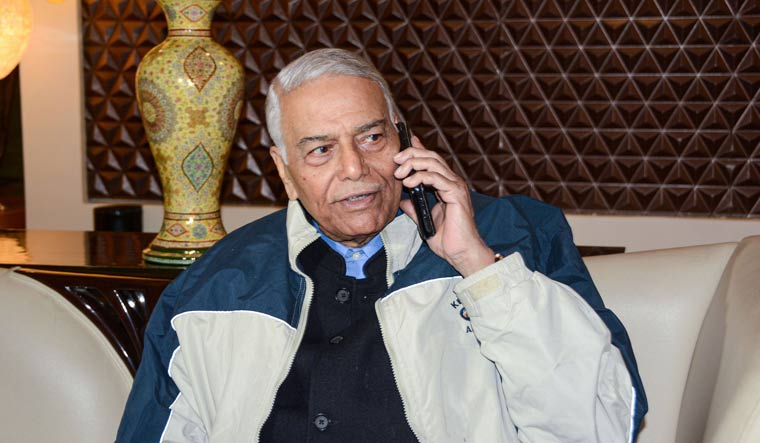 The five-member group, led by former Union minister Yashwant Sinha,on Monday concluded their four-day visit to Kashmir after being denied permission to meet with Farooq Abdullah, Omar Abdullah and Mehbooba Mufti who are among the 50-odd politicians under detention since August 5.

The group had reached Kashmir on November 22, and said they were on a fact finding mission about the situation in Kashmir after the revocation of Article 370.

The group interacted with several people, including traders and chamber of commerce officials, at a hotel in Srinagar and also briefed media regularly about their interactions and impressions about the situation in Kashmir.

Sinha also spoke to Farooq Abdullah who has been detained under Public Safety Act in his house at Gupkar Road. He said the NC leader and MP from Srinagar was in high spirits.

Omar Abdullah has been detained at Hariniwas and Mehbooba Mufti was last week shifted to government bungalow at MA Road from Chashma Shahi. The group also wanted to visit Pulwama, Shopian and Budgam, but were denied permission by the police citing ‘terrorism problem’ in those areas.

“We are under constant surveillance; while leaving we have decided not to pass through the way where Farooq is detained,” Sinha said.

Talking to reporters on November 23, he said they would like to wave at Farooq Abdullah from outside his residence if they are denied permission for a meeting with him.

On Monday morning after the police refused the delegation the permission to visit or wave at Farooq Abdullah from outside his residence, the group headed to airport for Delhi.