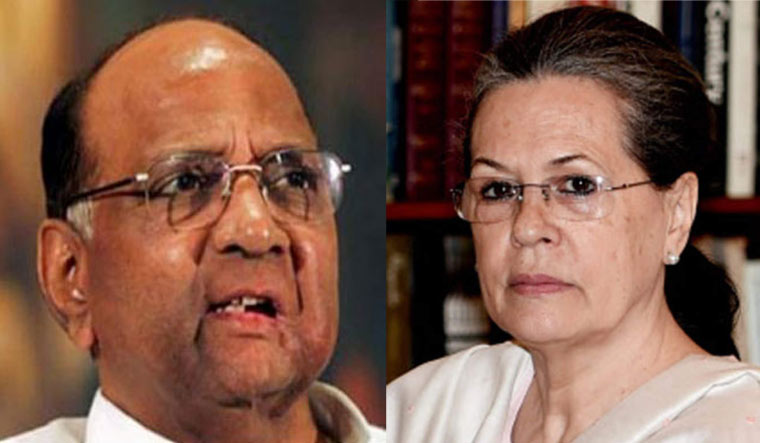 The NCP has said that its supremo, Sharad Pawar, will meet Congress president Sonia Gandhi on Monday to discuss government formation in Maharashtra.

NCP spokesperson Nawab Malik made the announcement on Sunday evening after a meeting of the party's core committee at Pawar's residence in Pune.

Malik said that the core committee was of the view that the current state of President's rule in Maharashtra should end, and an "alternative government" should be formed.

"We had had a discussion over the current political situation in the state, and we have come to the conclusion that the President's rule should end and an alternative government should be formed," said Malik.

"Sharad Pawar and Sonia Gandhi will meet on Monday and discuss the possibility of formation of alternative government in Maharashtra," he said.

"On Tuesday, (other) leaders from the NCP and Congress will meet and discuss future course of action," he added.

Meanwhile, Congress leader Prithviraj Chavan said that "we are trying to find if the Shiv Sena, Congress and NCP can come together".

"There will be a meeting tomorrow between Sena and Congress leaders. We will find out if we can go ahead or not," the former chief minister told reporters.

Maharashtra was placed under President's rule on November 12 after no party or alliance staked claim to form government.

The Shiv Sena reached out to the Congress-NCP combine for support after its alliance with the BJP collapsed.

The BJP and Shiv Sena had secured a comfortable majority by winning 105 and 56 seats, respectively, in the 288-member Assembly.

The Congress and NCP, pre-poll allies, won 44 and 54 seats, respectively.