We're not liars: Uddhav lashes out at BJP amid Maha power struggle 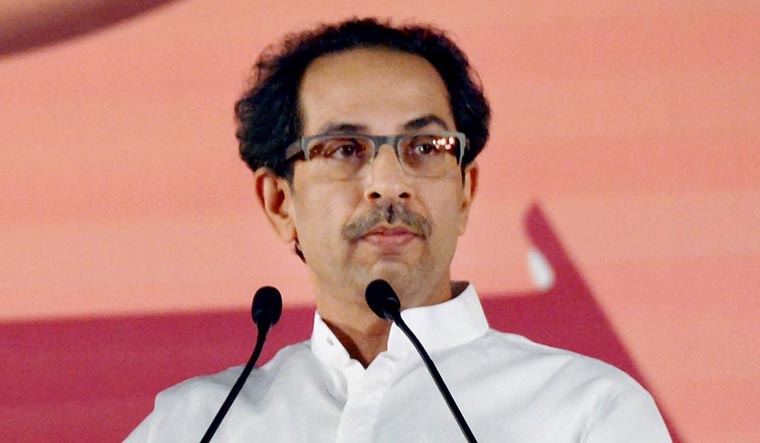 Amid the ongoing power tussle between the saffron allies in Maharashtra, Shiv Sena chief Uddhav Thackeray on Friday launched a scathing attack on outgoing chief minister Devendra Fadnavis for the latter's comments on his party and its leaders.

“For the first time the Thackeray family was accused of lying,” he said in an emotionally-charged press briefing in Mumbai.

The Sena chief also trained his guns at Amit Shah and said the BJP chief had agreed upon the 50:50 power sharing formula. “We don't need Shah's blessing to make a Sena CM,” he said, reiterating his party's demand for the CM post for two-and-a-half years.

"I had promised Balasaheb (Uddhav's father and late party chief) that there would be a Shiv Sena chief minister one day, and I will fulfill that promise, I don't need Amit Shah and Devendra Fadnavis for that," Thackeray said.

He claimed that the Sena had cooperated well in keeping the alliance with the BJP intact. "It is very sad that while cleaning the Ganga their minds became polluted. I felt bad that we entered into an alliance with the wrong people," Thackeray said.

Taking further potshots at his alliance partner, Thackeray said there was attempt to finish off Shiv Sena with “sweet talk”.

He, however, said Fadnavis as the chief minister had done commendable work in the last five years in the state and the Sena had cooperated well in keeping the alliance with the BJP intact.

Thackeray rejected reports that his party was holding talks with the NCP and the Congress to explore the possibilities of forming the government.

“We had never closed the doors for discussion; they (BJP) lied to us so we did not talk to them. We have not yet held talks with the NCP or the Congress,” he said.

“Sena doesn't think of BJP as enemy, but BJP should not make false claims,” the Sena chief further said.

Earlier, Chief Minister Devendra Fadnavis, who submitted his resignation on Friday, had squarely blamed the Sena for failure to reach a new power-sharing agreement. He had also alleged that the Sena leaders were unfairly criticising Prime Minister Narendra Modi and Amit Shah.

There has been no headway in government formation in the state even a fortnight after Assembly poll results were announced on October 24.

The saffron allies have been caught in a bitter stalemate over the chief minister's post ever since the results were out, with the national party failing to reach the halfway mark on its own and the Sena demanding for an equal division of power.