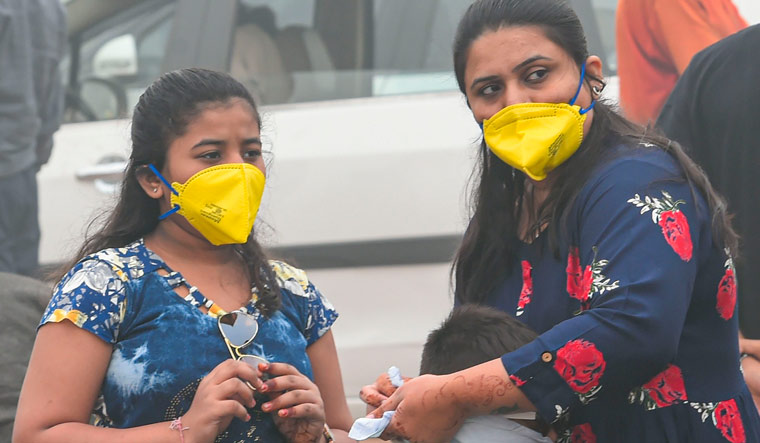 The air quality in Delhi kept under 'very poor' category on Friday morning because of high humidity, officials said.

The city received 8mm rainfall till 8.30am in the past 24 hours and relative humidity was 94 per cent, a MeT department official said.

The air quality index (AQI) of Delhi was 350 at 9am, according to Central Pollution Control Board (CPCB).

After a brief relief, the national capital's air quality plunged to the "very poor" category on Thursday because of high humidity following light rain, officials said.

Delhi had been breathing relatively less polluted air for three days after a bright sun and improved wind speed pulled the city out of the grip of a dense haze that had been lingering over it since October 29.

But the increased humidity on Thursday proved harmful, they said.