'Thank you for protecting my family': Rahul's message to SPG as Centre revokes special security 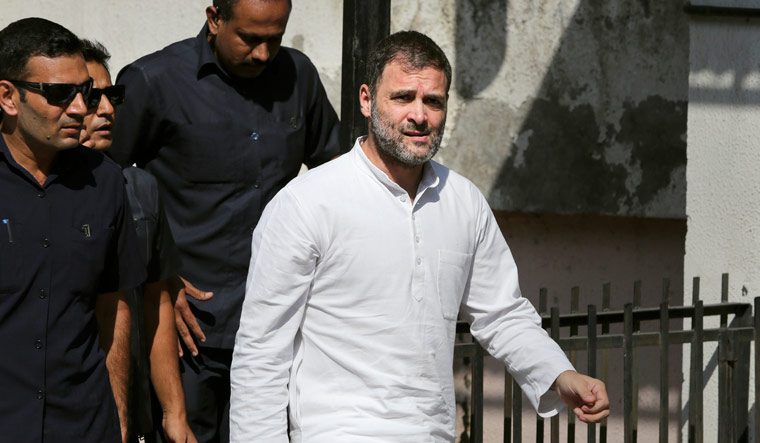 In a move that has triggered a political slugfest between the Congress and the Bharatiya Janata Party, the government on Friday withdrew the Special Protection Group security cover for the Gandhi family. The opposition party cried foul over the Centre's decision and alleged political vendetta by Prime Minister Narendra Modi and Home Minister Amit Shah.

However, hours after the Centre's decision, Congress leader Rahul Gandhi took to Twitter to express his gratitude to the SPG commandos who were on duty of his and his family's security.

“A big thank you to all my brothers and sisters in the SPG who worked tirelessly to protect me and my family over the years. Thank you for your dedication, your constant support and for a journey filled with affection and learning. It has been a privilege. All the best for a great future,” Rahul said in a tweet.

According to reports, the decision to withdraw the SPG security cover for Rahul, his mother and Congress chief Sonia Gandhi and sister Priyanka Gandhi Vadra was taken after a detailed security assessment.

Commandos trained by the Central Reserve Police Force (CRPF) has now taken over the security of the three leaders.

AICC general secretary K.C. Venugopal said Modi and Shah had been blinded by political revenge and vendetta, adding that by withdrawing SPG cover, the government was playing with the lives of Sonia, Rahul and Priyanka.

With the latest decision of the government, the nearly 3,000-member SPG force would now be guarding only Prime Minister Modi.