OPINION: Bonhomie between a Nawab and diwan—an epitome of Hindu-Muslim bond 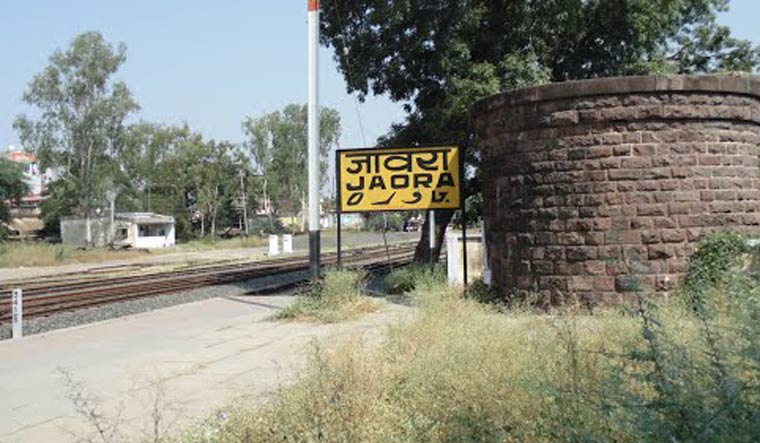 Pt Tribhuwan Nath Katju is my great grandfather (father of my grandfather Dr K.N. Katju, former Union home and law minister, Governor of West Bengal and Odisha, and Chief Minister of Madhya Pradesh). The story of the relation between him and the then Nawab of the Indian princely state of Jaora, Nawab Iftikhar Ali Khan, which I am recounting here, reveals the real state of relations between Hindus and Muslims in India, and belies the false propaganda that both these communities were intrinsically hostile to each other.

But before relating this, I may give the background. I am a Kashmiri Pandit. My ancestor Pt Mansa Ram Katju migrated from Kashmir about 200 years ago and took up service under the Nawab of Jaora.

Here I may mention that Kashmiri Pandits are of two kinds—those who speak the Kashmiri language (which is totally different from Hindi/Urdu), and those who don't. Those who speak Kashmiri (their population would be about 4 lakhs today), like my wife, are those whose ancestors remained behind in the Kashmir Valley (until they fled in terror in the 1990s due to the attacks and persecution by Islamic fundamentalists). Those who don't speak Kashmiri, like myself (we know only Hindi/Urdu and English), are about 2 lakhs today, and our ancestors had all migrated about 150-200 years ago in exactly the same way. Since we were very proficient in Urdu and Persian, which were the court languages in the Indian princely states, we got jobs there. The ancestors of Pt Jawaharlal Nehru, Sir Tej Bahadur Sapru, Dr Katju etc. all migrated that way (and not because of religious persecution).

As I said, my ancestor Pt Mansa Ram Katju (great grandfather of my grandfather Dr K.N. Katju) migrated from Kashmir about 200 years ago and took up service in the court of the Nawab of Jaora. Today, Jaora is only a tehsil in Ratlam district in western MP (on the border with Rajasthan), but during British rule it was the 4th biggest riyasat in the Central Provinces (as MP was then called), next after Gwalior, Bhopal and Indore.

When Pt Tribhuwan Nath was on an evening walk, and the Nawab came near him on horseback (he was fond of horse riding), the latter would get off his horse to wish Pt Tribhuwan Nath, something he would not do for anyone else.

Pt Tribhuwan Nath died in 1945 (the year before I was born). He had retired in around 1920, but the Nawab fixed his pension at the same figure as his last drawn salary, Rs 300 per month, which was then a huge sum. Even after retirement, Pt Tribhuwan Nath went daily to the palace, and if he did not go due to illness or otherwise, a messenger from the Nawab would arrive at his residence to enquire about his welfare.

He would come every summer to Allahabad to spend a few months with his son Dr K.N. Katju (who had become a top lawyer in Allahabad High Court) and his family. The last time he came to Allahabad was in 1935 or so. At that time he received a letter from the Nawab stating, 'Panditji, aapke baghair mujhe kuch achcha nahi lagta hai' (Panditji, I don't feel good without you).

On receiving this letter, Pt Tribhuwan Nath caught the first train and left for Jaora, and on reaching there he went straight to the Nawab and said, "Nawab Saheb, aapne yeh baat mujhe pehle kyon nahi batai?". (Nawab Saheb, why did you not tell me this before?). Thereafter, for the next ten years he never left Jaora till his death in 1945 ( at the age of 81), thinking that if he did, the Nawab would be unhappy.

This story shows how intimate and amicable were relations between Hindus and Muslims, and the propaganda by some vested interests that they were enemies is wholly false.