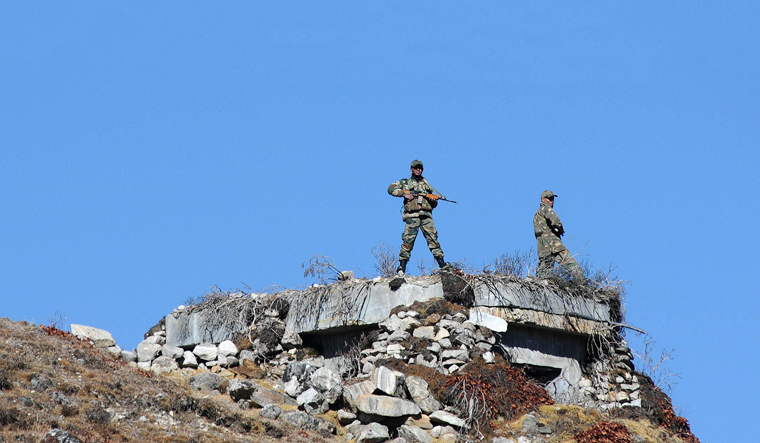 (File) Indian forces on the border with China

The troops of India and China were engaged in a heated exchange in eastern Ladakh near the Pangong Tso Lake on Wednesday, official sources said.

The exchange was triggered after Chinese Army personnel objected to patrols by Indian soldiers in the area, the sources said.

Army sources said the incident occurred due to deferring perceptions about the Line of Actual Control (LAC) between India and China.

The issue has been resolved during delegation-level talks between the two sides on Wednesday, Indian Army sources said.

Providing details about the incident, news agency ANI reported the brief standoff happened on the northern bank of the Pangong Tso Lake. Both India and China claim sovereignty of the area, which stretches around 130km. The standoff comes days after the Indian Army denied a media report of an incursion by China into Arunachal Pradesh.

The Indian Army is planning to organise the 'HimVijay' exercises in Arunachal Pradesh from October. HimVijay will involve Army and Air Force units training for a conflict on the eastern front.