Will chop your head off : With ax in hand, Haryana CM tells BJP colleague 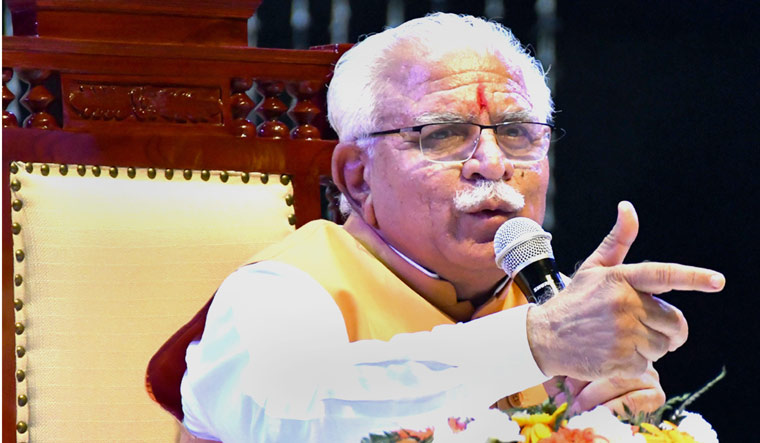 The video of Haryana Chief Minister Manohar Lal Khattar threatening to chop off the head of one of his colleagues has gone viral.

In the video, which was shared by Congress spokesperson Randeep Singh Surjewala on Twitter, the chief minister is seen attending a BJP rally atop a vehicle. He is handed over an ax which he holds over his head. He gets annoyed when one of his BJP colleague's attempts to keep a throne on his head.

“Anger and ego are harmful to health. Why does Khattar sahib get angry?,” Surjewala asked while sharing the video.

In the video, an angry chief minister is heard saying, “What are you doing? Will chop off your head. Move aside”. Flustered by Khattar's reaction, the BJP leaders is seen seeking apology from the chief minister.

The chief minister then continues with his address to the people.

Khattar seem to have a history of flying off the handle. Earlier in June, he had pushed aside a person while the latter was trying to take a selfie with the chief minister. The video of the incident had gone viral.

In February, the chief minister was caught on camera, shouting at an elderly couple who approached him to complain about a case of fraud to the tune of Rs 19 lakh.