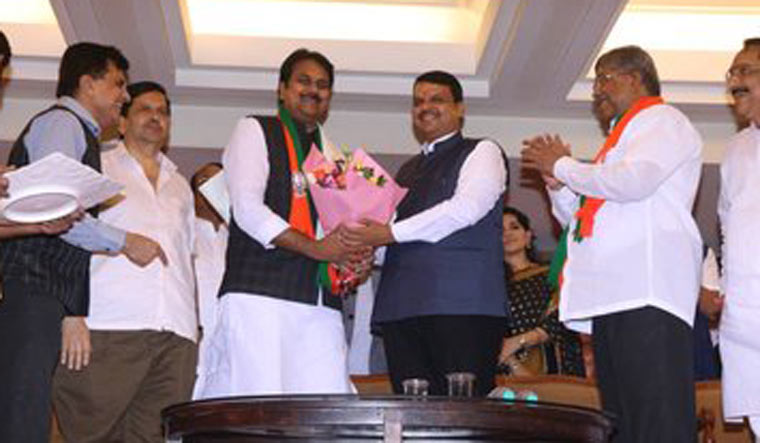 A day after the Maharashtra Congress suffered a setback after actor-turned-politician Urmila Matondkar and former Maharashtra minister Kripashankar Singh announced their resignations from the party, another prominent party leader, former minister Harshvardhan Patil, quit the party and joined the BJP on Wednesday.

Patil joined the saffron party in the presence of Maharashtra Chief Minister Devendra Fadnavis. A four-time MLA from Indapur assembly seat in Pune, Patil was reportedly upset after the NCP expressed unwillingness to cede the seat to the grand old party in the upcoming assembly elections.

Patil holds the unique record of being a minister from 1995 to 2014 in all the state governments.

The former minister had earlier hailed the chief minister for helping to resolve the issues of people from his constituency. According to media reports, he was photographed with Fadnavis recently at an airport.

Ahead of switching over to the saffron party, Patil had claimed that he was meted out injustice. "If no one is standing behind me, then for the people, for my constituency, I have no option but to take this decision," Mumbai Mirror had quoted him saying.

On Tuesday, Urmila, who unsuccessfully contested the Lok Sabha election in April from Mumbai, said she was quitting owing to "petty in-house politics" in the party while Singh said he was leaving the Congress as he did not agree with party's stand to oppose abrogation of Article 370.