The cell is not even a year old 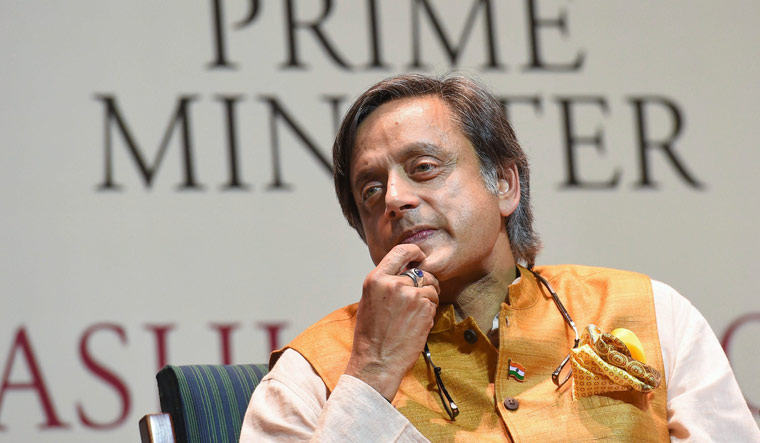 After his advice on how to be choosy while criticising Prime Minister Narendra Modi had provoked the Kerala unit of the Congress to mass around him with deadly fury, Shashi Tharoor, it seems, does not want to be seen as instigating yet another bout of collective wrath.

The Congress MP has swiftly moved in to quell the rising suspicion that it was his frustration with the Kerala leadership that has forced him to step down as chairman of the KPCC digital media cell.

Tharoor's office in New Delhi has said the offer to resign the post was made on August 15. This date absolves Tharoor of the charge of rebellion that could possibly be hurled at him.

The 'Modi demon' came to haunt the Kerala unit of the Congress more than a week later. It was only on August 23 that Congress veteran Jairam Ramesh made his “don't demonise Modi all the time” comment and Shashi Tharoor came out in support, and all hell broke loose in the Kerala unit of the Congress. Its leaders, in Tharoor's words, “reacted as if they had caught me in the boarding-school tuck-shop with my hand in the cookie jar.”

Tharoor evidently wants to avoid such a reaction this time. “Sir told KPCC president (Mullappally Ramachandran) in August 15 that in view of his multiple responsibilities as MP and AIPC (All India Professionals' Congress) chairman as well as public writing and speaking engagements, he felt that he could not do justice to the KPCC IT cell and asked him to find a replacement,” said John Koshy, Tharoor's Delhi-based private secretary.

Tharoor was not walking out in a huff either. He has agreed to continue until the KPCC president finds a replacement for him. “He has also appointed Raju P. Nair as co-convenor to work with Anil Antony (convenor of the digital cell) on day-to-day management of the IT cell,” John Koshy said.

The cell is not even a year old and was set up after Mullappally Ramachandran took over the reins of the KPCC on September 19, 2018. Though Tharoor might have asked the KPCC chief to free him from the digital media cell on Independence Day, it was only on September 2 that he convened a meeting of the cell and told its members of his decision.

The decision to convene the cell when the fury against Tharoor on the Modi issue had still not died down fully has perhaps given rise to the feeling that the Congress MP was demonstrating a form of dissent. Nonetheless, Tharoor's office said the offer was not made in anger. When Tharoor announced his decision at the cell, the members wanted him to continue. When he reasoned with them, they asked him to continue till at least a replacement was found.

Tharoor's office but chose not to respond to the reports that said the MP was miffed at the KPCC for seeking an explanation from him on the 'don't demonise Modi always' comment. Being an MP, it is said Tharoor felt only the AICC could serve him such a show-cause. Tharoor's office did not respond to a poser whether Tharoor had felt belittled and had raised this issue at the meeting of the digital media cell.

Satheesan, one of Congress's independent voices, said the issue should be put to rest now that Tharoor had come out with an explanation. “If he had so much as even hinted that he was stepping down from the post in the backdrop of the recent controversy, it would have hurt the Congress,” Satheeesan said. “Now, it is clear that he had made this proposal even before the Modi controversy erupted,” he added.

There are also Congress leaders who feel that Tharoor's decision to quit the digital media cell was “fitting”. “Tharoor is mature enough to acknowledge that he has not been able to give enough time to the cell. It is true that the cell is largely dysfunctional. Except during the Lok Sabha elections, there was not much activity,” said a young Congress worker who is also part of the cell.

There are also those who fault what they call “Tharoor's disconnect with the Kerala voters”. “He is more into Twitter. But to sway people in Kerala, he has to be active on Facebook,” a leader said.

There is also the charge that Tharoor had not been able to carry along young Congress leaders. “At the start, he did call many of the young MLAs seeking their cooperation for the success of the cell. He then failed to follow up, resulting in the non-participation of these young MLAs in the meetings of the cell,” the member of the cell said.

The appointment of A.K. Antony's son Anil K. Antony as the convenor of the cell, too, seems to have worked as a drag on the functioning. Sources said even Tharoor had found it hard to garner support from young Congress workers after Anil's appointment. A parallel underground Congress IT cell is said to be even more active and popular among the cadres.