"Non-Muslims are spying for Pakistan's ISI more than Muslims" 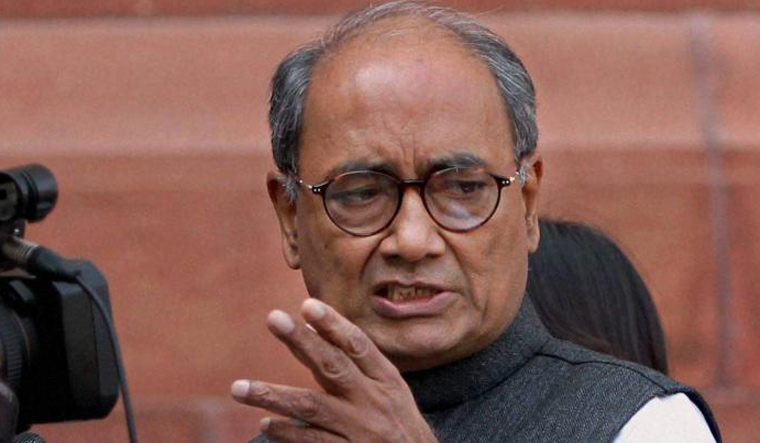 Senior Congress leader and former Madhya Pradesh chief minister Digvijaya Singh said that the BJP and the Bajrang Dal were taking money from Pakistan's spy agency ISI. "Bajrang Dal, BJP are taking money from ISI [Inter-Services Intelligence]. Attention should be paid to this. Non-Muslims are spying for Pakistan's ISI more than Muslims. This should be understood," he said.

#WATCH MP: Congress leader Digvijaya Singh says, "Bajrang Dal, Bharatiya Janata Party (BJP) are taking money from ISI (Inter-Services Intelligence). Attention should be paid to this. Non-Muslims are spying for Pakistan's ISI more than Muslims. This should be understood." (31.08) pic.twitter.com/NPxltpaRZA

Earlier this month, the Congress had claimed that one of the three persons arrested in Madhya Pradesh for a Pakistan-linked terror funding racket was associated with the Bajrang Dal, the Congress claimed on Friday.

Three persons, Balram Singh, Sunil Singh and Shubham Mishra were arrested and two of their associates detained on Wednesday night in connection with an alleged terror funding racket operated from Satna, police had said on Thursday.

The arrested persons were in contact with Pakistani handlers with whom they used to share "strategic information", bank details, and carry out dubious cross-border financial transactions, an official had said.

In a statement issued on Friday, the MP Congress' media coordinator Narendra Saluja said Balram Singh is associated with the Bajrang Dal.

Saluja further said Singh was earlier arrested on February 8, 2017 along with Bharatiya Janata Yuva Morcha IT Cell coordinator Dhruv Saxena and several others by the ATS on charges of spying for Pakistan and working with that country's espionage agency ISI.