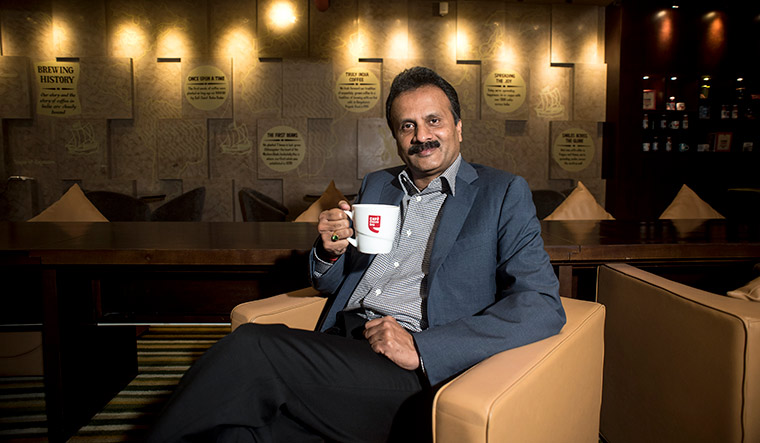 According to police sources, water was found in Siddhartha's lungs and his death was due to drowning.

"We have received the FSL report. It corroborates the suicide theory," the commissioner told PTI.

Siddhartha had gone missing from the Netravati river bridge near Ullal in Mangaluru on July 29 evening and two days later, his body was found floating in the river.

He had left home on July 29, telling his family members that he was heading towards Sakaleshpura, where he had his coffee estate.

However, he directed his driver to go to Mangalore.

At the beginning of the Ullal bridge on the swollen Netravati river, Siddhartha got down from the car and asked his driver to wait for him as he walked on the bridge alone on the rainy evening without an umbrella. Two days later, his body was found.

Meanwhile, Siddhartha's father 95-year-old Gangaiah Hegde, who was suffering from old age-related illness and was undergoing treatment at the Gopala Gowda Shanthaveri Hospital, passed away on Sunday, hospital authorities confirmed.

A few days before his death, Siddhartha had visited his father, who was in coma, in the hospital.