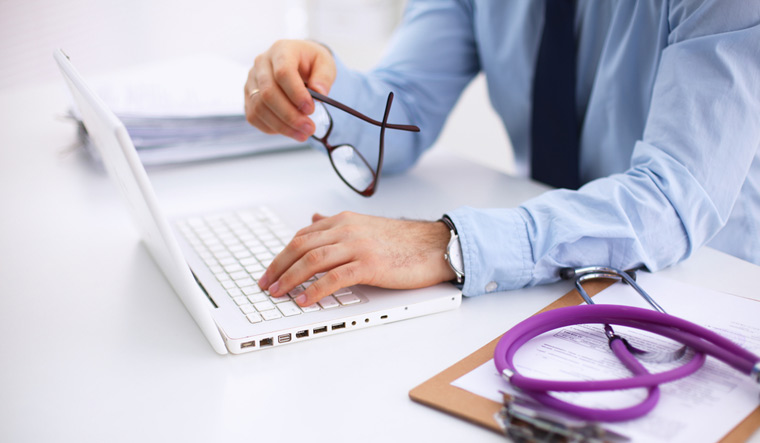 On Monday, the draft law to replace the Medical Council of India (MCI) is slated to come up in the Lok Sabha. The National Medical Commission Bill, 2019, to be introduced by Union Health Minister Dr Harsh Vardhan, proposes to replace the MCI with a new medical commission to bring about key “reforms” in medical education and the regulation of medical ethics.

The Indian Medical Association (IMA), which had bitterly opposed the bill in 2017, has said it is going to “wait and watch” before planning an agitation against the draft law. In December 2017, the IMA and a few other doctors' bodies had opposed the bill on several grounds, including the clause to have a bridge course for AYUSH doctors. However, despite having gone through a few amendments—the bridge course has been left to the discretion of the states—several other concerns have stayed. “At that time (2017), it was a battle. Now, it is a war to preserve the autonomy of the medical profession,” Dr. R.V. Asokan, secretary, Indian Medical Association, told THE WEEK.

Asokan said the key concerns in the draft law—the clause to regulate the fee structure for only 50 per cent of the seats in private medical colleges, inadequate representation of medical professionals in the commission, and a higher representation of non-medical professionals—had remained. “Currently, fee for 50 per cent seats in private medical colleges (for MBBS) is for students that come through the Centre's NEET exam and fees is regulated by the government. State governments decide for the other 35 per cent which is higher but still manageable. The remaining 15 per cent is what is called the 'management quota' where the fees are really high,” he said. The new draft law says the government would decide the fee for 50 per cent seats, but was unclear on the fee regulation structure for the rest. If left undecided, it could even mean that the management could take over the rest of the 50 per cent seats, raising the cost of medical education by several folds, he added.

The IMA was having internal discussions on the draft law, but had not decided on the scale of its agitation, Asokan said.

Another key feature of the bill is the common final year exam for MBBS students, known as the National Exit Test (NEXT), which would serve as a licentiate exam for entrance to PG courses in medicine and as a screening test for foreign medical graduates. The upshot of this exam will be that medicine graduates would not have to appear for two exams – the final year exam, and then, the entrance test. The NEXT will also ensure that a certain uniformity of standards in quality of graduates is maintained, which is currently compromised because every medical college has its own final year examination, an official from the Union ministry of health and family welfare had told THE WEEK on earlier occasion. The common exam will also allow medicine graduates to focus on their internships. “As of now, they end up spending time preparing for their PG entrance exams during their internship period,” the official had said.

Medical entrance exams such as NEET, common counselling and NEXT would also be applicable to institutes of national importance such as AIIMS to have common standards in the country. However, a section of doctors and students of medicine feel that there is a lot of confusion over the frequency of the exam, and the fate of those who don't score well in the first attempt. It is also unclear whether they would have to appear for the practical exams again (final year students have practical exams as well) and the nature of evaluation for various subjects. “A common final year exam is fine, but combining it with PG entrance is totally unjustified. There are many students who give repeated attempts to join PG of their choice. Why should we force them to face the final year practical exams again? And undermining the value of first, second and third year subjects is also not appropriate (way of evaluation),” said Dr. Harjit Singh Bhatti, ex-president, Resident Doctors Association, AIIMS. “A single exam that will give a license to practice and entry to post graduate course will encourage corruption,” he said, adding, “It is very unfortunate that after our struggle for the last two years to stop this bill, the government is adamant on bringing it without the desired changes.”