Kejriwal, Centre on same page over regularisation of unauthorised colonies

“We have got a very positive response from the Centre" 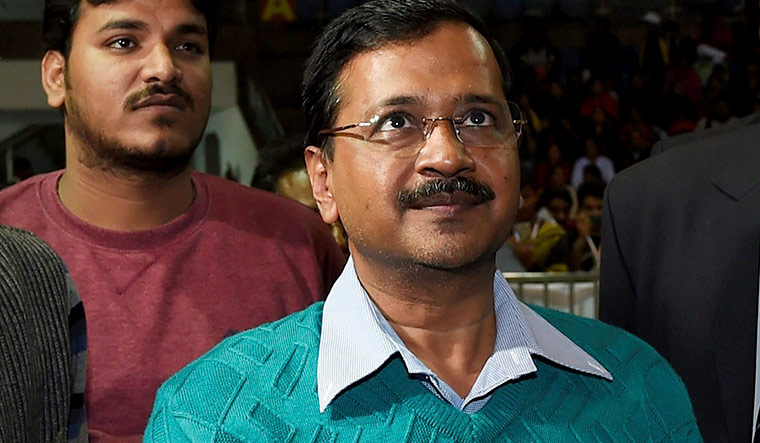 With Assembly elections in Delhi just months away, the Centre and the Arvind Kejriwal government, which have been at loggerheads on a number of issues, are on the same page with regard to regularisation of unauthorised colonies and giving ownership rights to the residents, who form a prominent constituency in the national capital.

“There is good news for the people living in unauthorised colonies in Delhi. Very soon, their dream of getting ownership rights of their properties will be realised. Soon, they will be able to get their properties registered,” Kejriwal said.

“We have got a very positive response from the Centre. They are ready to regularise unauthorised colonies. I want to thank the Centre on behalf of the people of Delhi,” he said.

The Centre, he said, has raised some queries on the proposal, adding that they should not pose any problems in the execution.

The proposal will benefit as many as 1,797 unauthorised colonies in Delhi, and the cut-off date for the residents to be able to get their properties registered is January 1, 2015.

Regularisation of unauthorised colonies has always featured as one of the main election promises of political parties in Delhi. The reason for this is that the people residing in these colonies—migrants from other states, minorities and dalits—have formed a decisive vote bank. While this constituency traditionally voted for the Congress, the Aam Aadmi Party was able to usurp their support.

Pre-empting questions on why the government was announcing the move just months before elections, Kejriwal said that his government had decided in its very first cabinet meeting on November 2, 2015, that the unauthorised colonies would be regularised. He said that a proposal in this regard was sent to the Centre on November 12, 2015. And, in tune with the chance in the stance of the Delhi government with regard to the Narendra Modi regime, Kejriwal refrained from apportioning any blame on it for the 'delay' in the proposal getting cleared. “Yes, it has taken time. But I do not want to go into where the delay happened and because of whom. This is a moment of happiness. Like it is said, all is well that ends well.”

Asked whether he has softened his stance towards the Modi government, he said, “Our aim has been to work for the people of Delhi. It has not been to fight against any individual or party or government. Development of Delhi can happen only when the Delhi government and the Centre work together.”