Appointment process in UP Information Commission challenged in HC 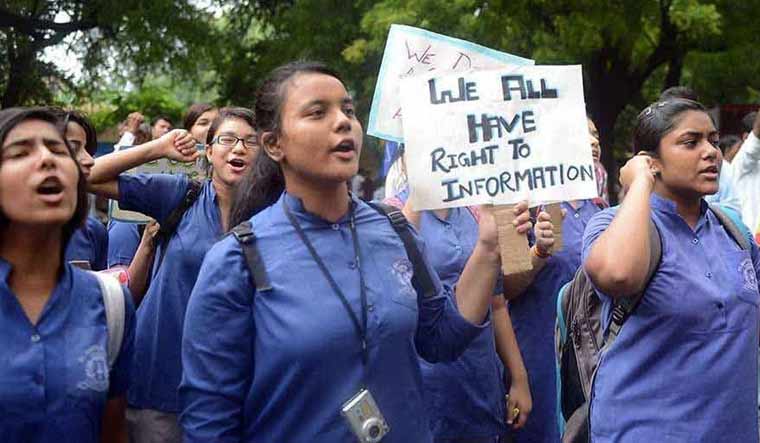 The petition raises doubts over the screening methodology adopted by the UPIC as well as the choice of appointees from only select fields.

As per the petition, the UPIC had, through various notices issued since 2014, called for applications to a total of 10 posts of the Information Commissioners. Alleging that a ‘secretive manner’ was adopted for the entire exercise, the petition notes that the criteria for shortlisting candidates were not made public and the final appointees (barring one) were either retired civil servants or journalists.

‘….All those persons who have been selected belong to only one category, namely, public service, i.e., they are the government employees. It is difficult to fathom that persons belonging to only one category are always found to be more competent and more suitable than persons belonging to other categories. In fact, even the Search Committee which short-lists the persons consists of bureaucrats only. For these reasons, official bias in favour of its own class is writ large in the selection process’, the court had noted.

The present writ draws attention to various observations of the SC which had called for shortlisting of candidates on the basis of ‘objective and rational criteria’ as well as for publicizing the process, for instance by publication of its details on the website.

The Right to Information Act 2005, the parent Act under which such commissions are set up at the central and state level calls, mandates high level committees to make the requisite appointments. ‘The State Chief Information Commissioner and the State Information Commissioners shall be persons of eminence in public life with wide knowledge and experience in law, science and technology, social service, management, journalism, mass media or administration and governance,' notes the Act.

As per the present petition, 475 applications were received in response to the calls by the UPIC. From these, 15 names were selected by a two-member committee for final consideration and forwarded to the Appointment Committee headed by the state’s chief minister.

“There was no transparency and probity in the screening process, the whole deliberations were done in a secretive manner and the criteria for shortlisting the candidates was not made public..,” noted the petition.

Tanveer Ahmed Siddiqui, Secretary of the ‘Suchna ka Adhikar Bachao Abhiyan’ (Save RTI campaign)—the body which has filed the writ, told THE WEEK, “The implementation of the Act has suffered in the last two years. While earlier information was made available within the stipulated period, now we have applications languishing for months, even years. Activists are being threatened and the Act is being misused for political purposes. The intent of the Act has been defeated.”

The present appointments in the UPIC was nudged by the High Court in January 2019 on the basis of a petition filed by social activist Nutan Thakur.

Thakur told THE WEEK, “There are long periods of wait between the dates given by the Commission. Often this makes the information called for irrelevant. The purpose of the Act is not being achieved in the state”.

In May 2019, the same court had also asked the Commission why it had not constituted a committee as per the provisions of Section 4 of the Sexual Harassment of Women at Workplace (Prevention, Prohibition and Redressal) Act, 2013. The Act, more popularly known as the Vishakha Act, mandates the setting up of an Internal Complaints Committee to look into cases of sexual harassment of women at the workplace. Subsequent to the court’s reprimand, the UPIC had set up the required committee.

The writ shall come up for hearing on Friday.