How administration, people are working together to save Nilgiris from plastic

The Nilgiris' fight against plastic started in 2001 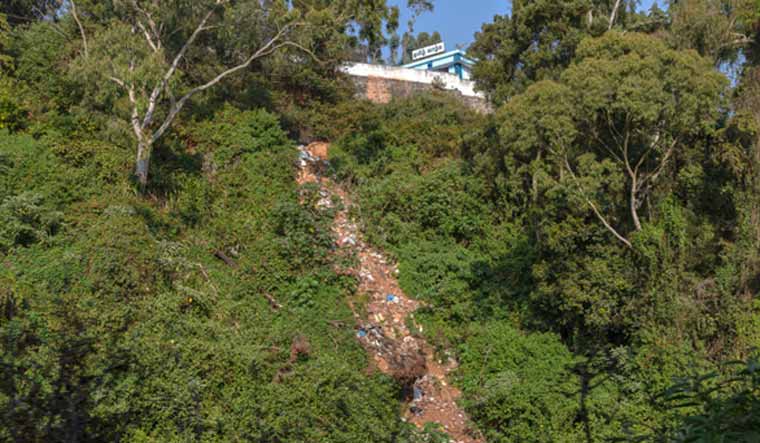 A trail of plastic waste in Coonoor, alongside the Nilgiri Mountain Railway, in Tamil Nadu | via Shutterstock

Recently, a traveller who was headed to the Nilgiris was in for a surprise when he was stopped at Burliar, an entry point to the district. An officer from the forest department demanded he open the car's boot—there were a few packaged snacks and water, along with plastic bags that contained shoes and a pair of slippers. He was asked to empty the contents of the bags into the car's trunk. The officer took away the bags, and he was fined Rs 50 for carrying plastic bags to the Nilgiris. This dedicated and strict implementation of the plastic ban deserves praise and speaks volumes about the district's commitment to conserving the eco-sensitive area. 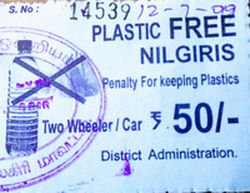 The Nilgiris has long been affected by the huge amount of non-biodegradable waste left behind by the ever-increasing number of tourists. One of the most sought-after travel destinations in south India, the Nilgiris is a biodiversity hotspot, where tourists outnumber the native population. This has resulted in a severe ecological damage as the region has become a quagmire of plastics and filth left behind by the tourists. For instance, a single Eco-Development Committee, reportedly, collects around 25 to 50 plastic bags each week along a five-km stretch of road leading to Ninth Mile Shooting Medu.

Nilgiri's fight against plastic started in 2001, with the use of plastic plates, cups and bags restricted in the district for almost a decade. Now, a complete ban has been ordered by the Madras High Court, ensuing from the petitions filed by residents who are concerned about the ecologically sensitive condition of the biodiversity hotspot.

The Nilgiri district administration, spearheaded by the district collector J. Innocent Divya, has set an example with its strict and prompt implementation of the ban on plastics.

Entry points to the district, including Burliar and Nambiarkunu, are manned by police and the forest department. Vehicles are routinely checked and plastic products found are confiscated prior to entry to the district. Defaulters are also fined in accordance with the collector's orders.

Collector J. Innocent Divya also visits the shops and interacts with the public in the weekly drive known as 'Sweep the Blue Mountains'. The Green Award-winning collector, along with local residents, had recently collected more than 1,000 tonnes of garbage from the Coonoor river.

What's heartening is that the administration is walking the talk, and that these measures are carried out with the cooperation of the citizens and not as an arbitrary imposition. The administration is also trying to provide people with alternatives. For instance, efforts are being made to set up RO water fountains where clean water will be available, following the ban of packaged water bottles.

The decisions concerning the ban were taken only after several rounds of meetings and discussions with the stakeholders involved.

Thanks to such committed measures by the administration and the residents, the successful culmination of a decade-old struggle will soon be a reality.