BJP yet to reach its peak, seeks 20 per cent increase in membership: Shah 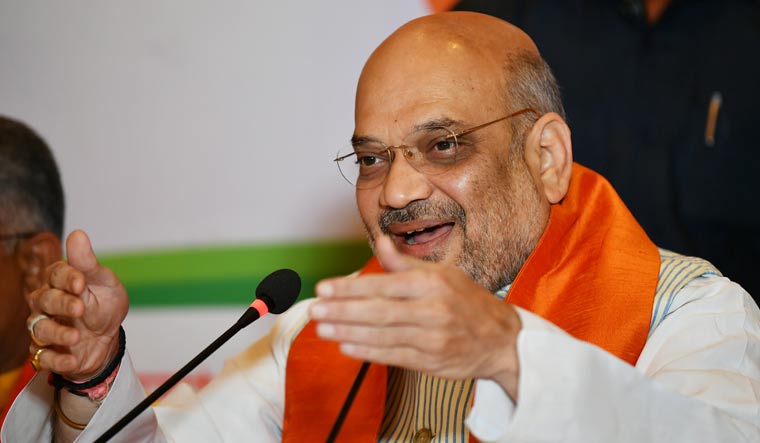 The BJP has set itself a target of 20 per cent increase in the membership drive to be launched soon. The drive is a precursor to organisational polls to elect new state and national party chief.

Shah said, behind this massive success of the BJP government is the hard work of booth workers.

From 2014 to 2019, as the central government worked for the poor, the party also expanded. Out of 11 crore members enrolled, 10 lakh were trained.

Now, under the new membership drive, BJP seeks 20 per cent increase in addition to the current 11 crore members.

The BJP wants to expand itself in areas where its organisation was weak and could not win elections.

Shah said the party still needs to tap into the strata of society where it has not yet reached.

During the two-day meeting of party office bearers, former Madhya CM Shivraj Singh Chouhan was made coordinator for the membership drive. Dushyant Gautam, Shobha Surendran, Suresh Pujari and Arun Chaturvedi have been appointed as members  of the drive.

Chouhan will soon announce the timeline of the membership drive which is expected to be 15 days long. The BJP will set up booth level committees for the enrolment drive.

Yadav said the timeline for the organisational polls will be drawn after the completion of the membership drive.