'Stripped me, urinated in my mouth': Journalist assaulted by cops in UP

He was covering derailment of a train in Shamli 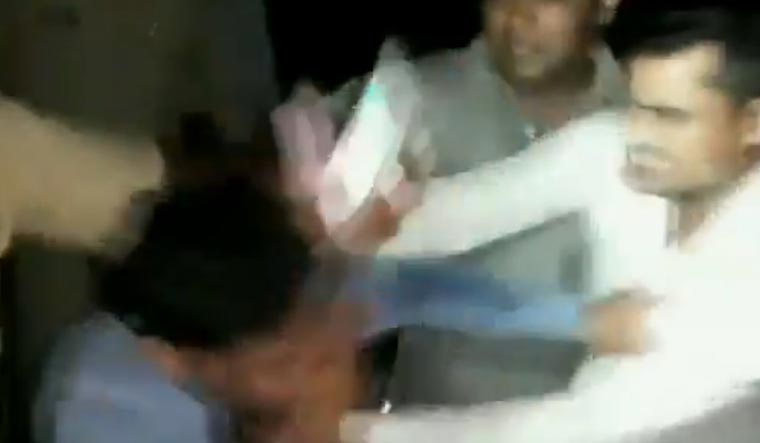 The video shows a journalist being assaulted by a group of railway police personnel on Tuesday night for covering a train derailment in Shamli. "They were in plain clothes. One hit my camera and it fell down. When I picked it up they hit and abused me. I was locked up, stripped and they urinated in my mouth," the journalist told ANI.

#WATCH Shamli: GRP personnel thrash a journalist who was covering the goods train derailment near Dhimanpura tonight. He says, "They were in plain clothes. One hit my camera&it fell down. When I picked it up they hit&abused me. I was locked up, stripped&they urinated in my mouth" pic.twitter.com/nS4hiyFF1G

"We have come across a video where a journalist has been beaten up & put up in a lock up. DGP UP OP Singh has ordered for immediate suspension of SHO GRP Shamli Rakesh Kumar & Const. Sanjay Pawar," the Uttar Pradesh police tweeted.

In the wake of the incident, Adityanath has called for a meeting of top-level cops in the state.

The video is being massively shared on social media and is being criticised for another case of assault on journalists.