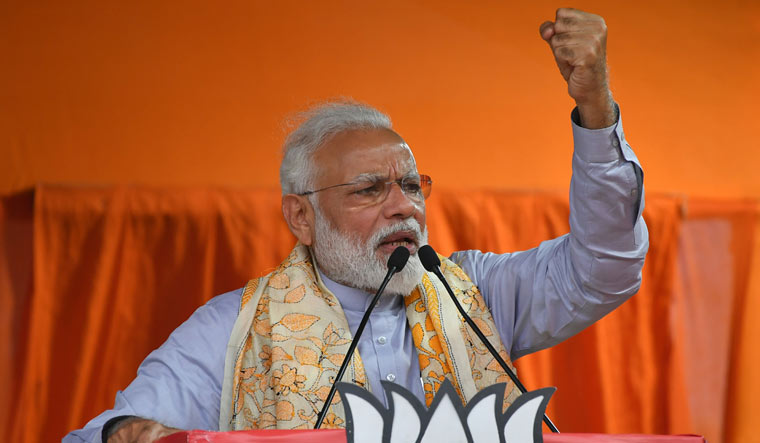 It was impossible to miss the jubilation in the Ministry of External Affairs on Thursday. Everyone was aglow with the major diplomatic victory India got on Wednesday when the United Nations Security Council (UNSC) finally named Masood Azhar, founder of Jaish-e-Mohammed, a global terrorist.

The effort to proscribe him bore fruit after a 10-year struggle. India first moved the security council in 2009, after the 26/11 attacks. China, a permanent member, however, remained a major obstacle, as it vetoed the move time and again. This time, after the Pulwama attacks, however, the narrative changed, with France, backed by the UK and the US, themselves putting forth the proposal, instead of India. Apart from China, all other members were in favour of blacklisting him. China stood out "like a sore thumb" as one official said. It cited some technical issue to defend its decision. The technical review, however, came up and China, too, fell in line.

The buzz since the news broke has been about what was the trade off. Raveesh Kumar, ministry spokesman, firmly said:  "We don't negotiate with any country on matters related to terrorism and on the security of the country." He said that India had been consistently presenting proof of Azhar's hand in various terror attacks in India, and had shared this information with every member of the security council, individually, too. The Pulwama attack did play a major role in consolidating international resolve against him.

The UNSC ruling could not have come at a more opportune time, both for domestic politics as well as international. The Financial Action Task Force (FATF) plenary is likely to be convened in June when an important decision on whether Pakistan should be removed from the grey list or not will be taken. If Pakistan does not get removed from the list, it faces a full blacklisting by the year-end, which will majorly affect its fund flows as well as international status.

As Kumar said Pakistan has suffered a huge diplomatic setback with this development.

Over queries on why specifics were not listed, especially with respect to the mention of Jammu and Kashmir, Kumar said the sanction was not a bio data of Azhar's career; it would not be listing each of his crimes individually. The statement said he was listed for planning, financing and participating in various activities of JeM. He said Pakistan was deliberately trying to introduce other elements to cover up the huge diplomatic setback it had suffered.

In a statement from Islamabad, Pakistan said the listing proposal was approved once "politically motivated attempts to link it with the Pulwama incident and the legitimate Kashmiri struggle for the realisation of the right to self-determination were removed". This statement, however, belies the fact that France announced its decision to move a motion against Azhar because of the Pulwama attack.

Pakistan will now have to show proof to the sanctions committee that it has frozen the funds and financial assets of Azhar, imposed a travel ban on him and ensure that there is no direct or indirect supply of arms to the terrorist.

India welcomed China's decision to lift the technical hold as it looked forward to further develop the spirit of Wuhan with Xi Jinping visit to India later this year. "China's withdrawal of the technical hold on the Azhar issue, has to be viewed through a wider angle. There was a momentum when France, US and UK were backing the proposal independently. They made it clear to correct their view. The US pressure on China with the trade war was also a factor," said Jaydev Ranade, author and president of Centre for China Analysis and Strategy.

China would, however, not have changed its position without consulting its "all-weather friend" Pakistan. "There would have been detailed discussions," said Ranade. China would have assured Pakistan that it would protect its interests. The statement made by Jinping at the Belt and Road Initiative meet where he said he hoped India would meet Pakistan half way for peace in Kashmir suggested that this was the new strategy. The K factor has been repeated by China since 2015.

On the domestic front, the development is a big boost for the BJP's Lok Sabha campaign. With three phases of polling yet to take place, this step will help the saffron party, which has been building its campaign around Modi's decisive image and nationalism.

The BJP was quick to claim credit and pin it on Modi's effort. “It's a big diplomatic win for the government. For many years India was the target for Masood Azhar. His name had cropped up several times in multiple terror incidents. Many countries across the world were trying to get Azhar declared as a terrorist, but China was resisting. After international pressure and India's diplomatic efforts, even that hurdle has been removed,” Finance Minister Arun Jaitley said.

Jaitley and Defence Minister Nirmala Sitharaman held a joint press conference at the party headquarters to take political ownership of the diplomatic victory. “It’s necessary to clearly point out the need to recognise Pakistan as a land where over 35 terror organisations have been operating. Masood’s was one of them. PM Modi’s hard work has borne fruit with the decision,” Sitharaman said.

The senior leaders also hit out at the opposition for not giving credit where it was due. “Earlier, the opposition leaders questioned the surgical strikes, and now they are saying it is a small step. They are afraid that they may have to pay a political cost if they praised,” Jaitley said.

The finance minister said in the past the issues of country's foreign policy and national security evoked a single voice. But this tradition has unfortunately broken, Jaitley said attacking the opposition parties.

Combined with the air strikes and the testing of ASAT, the labelling of Azhar Masood as a global terrorist has come at an opportune time for the BJP.  This is likely to help the ruling party to build its campaign in the three phases where it had won maximum seats in 2014.  The polling is yet to take place in states like Uttar Pradesh, Bihar, Haryana, Delhi, Rajasthan and Punjab.