Both Shah and Irani will be in Pathanamthitta, under which Sabarimala falls 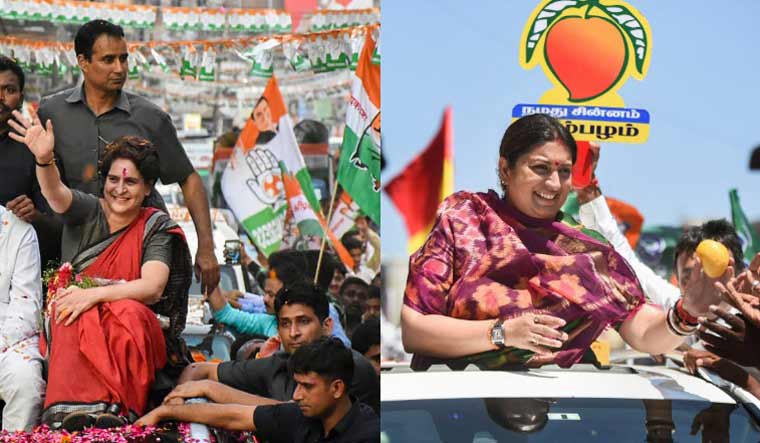 With just three days to go before Kerala votes in the third phase of the Lok Sabha polls, a number of high-profile national leaders will be in the state on Saturday. The third phase will see voting for the largest tranche of Lok Sabha seats—116—in the ongoing elections. Among major states going to polls on Saturday, only Kerala (20 seats) and Gujarat (26 seats) will see voting for all their seats.

BJP chief Amit Shah will arrive in Kerala after participating in a roadshow in Shimoga, Karnataka. In Kerala, Shah will take part in a roadshow in Pathanamthitta district at 3pm on Saturday; the revered Sabarimala shrine falls under Pathanamthitta constituency. The BJP had led protests in late 2018 against the state government's decision to enforce a Supreme Court order allowing the entry of women of all ages to Sabarimala. At 4.30pm, Shah will address a public meeting in Alappuzha district.

Union Minister Smriti Irani, who is contesting against Congress chief Rahul Gandhi in Amethi, will attend a BJP event in Pathanamthitta in the morning and a roadshow in Wayanad at 12.45pm. Rahul is contesting from Wayanad as his second seat; BJP leaders, including Irani, had criticised Rahul heavily for his decision, claiming he was fearing defeat in Amethi.

Congress general secretary Priyanka Gandhi Vadra, the sister of Rahul, will hold multiple campaign events in Wayanad and Malappuram districts on Saturday. Priyanka, who is campaigning in the absence of Rahul, will also visit the family of Vasanthakumar, a CRPF jawan, who was killed in the Pulwama suicide bomb attack in February.

Union minister Mahesh Sharma will address a meeting in Kottayam at 12.30pm and a roadshow in Pala at 3.45pm.