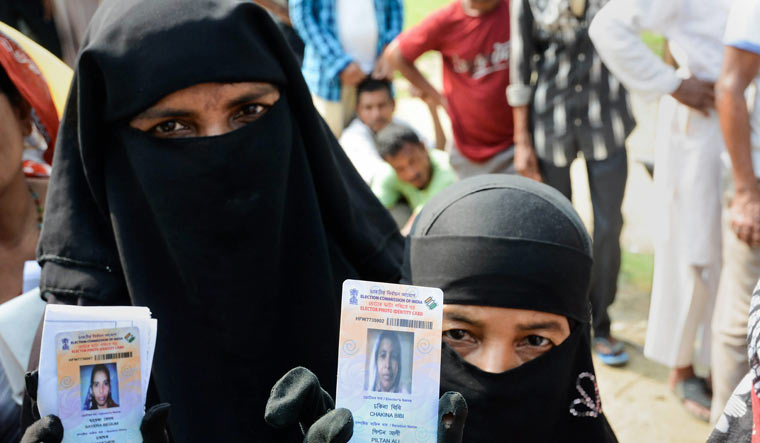 A week after incumbent BJP MP Sanjeev Balyan alleged people wearing burqas voted illegally in Uttar Pradesh's Muzaffarnagar, another BJP MP has made the same allegation in Amroha, which went to polls in the second phase of the Lok Sabha elections on Thursday.

Kanwar Singh Tanwar of the BJP had won the Amroha seat by a margin of over 1.5 lakh votes in 2014. Tanwar was quoted by ANI as saying, “Fake voting has happened. Women in burqas are not being checked for their identity. I heard a man wearing burqa was also caught.”

Tanwar is facing Danish Ali of the BSP and Sachin Chaudhary of the Congress. Ali had made headlines in March, when he switched from the JD(S) to the BSP in what was described as an “understanding” between the parties.

Tanwar is perceived to be facing a tough battle as dalits and Muslims together account for around 55 per cent of the population in Amroha. Moreover, no sitting MP in Amroha has retained his seat since 1980.

When polling was held in Muzaffarnagar in the first phase on April 11, Balyan alleged women wearing burqas were not being checked and claimed illegal votes were being cast. The Election Commission rejected Balyan's allegations as being “baseless”.