PM Modi is Hitler's uncle; if he wins, Constitution will be changed: Mamata

Mamata stepped up her attack on the prime minister 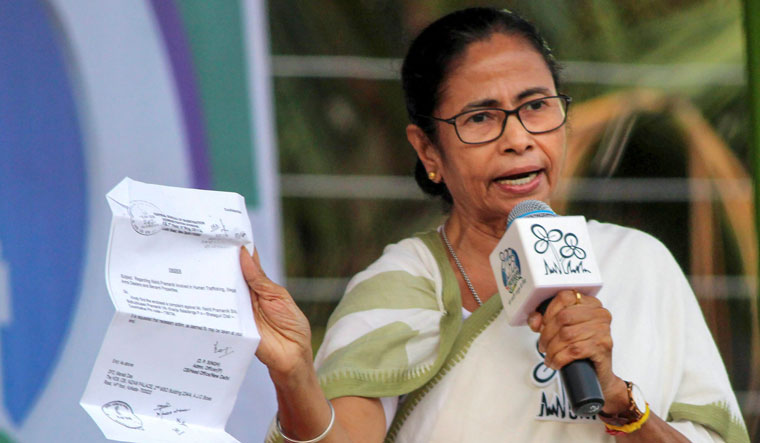 The intense war of words between Prime Minister Narendra Modi and West Bengal Chief Minister Mamata Banerjee ahead of the Lok Sabha elections continued on Thursday with the latter calling the BJP leader “uncle” of Nazi leader Adolf Hitler.

Addressing an election rally in Cooch Behar, Banerjee said if the BJP was voted to power again, they would entirely change the Constitution.

“If he (Modi) comes to power, there will not be an election anymore. The new drama of the Modi Sena is pathetic. In fact, if he comes to power, they might change the Constitution entirely. They have already changed it a lot,” the Trinamool Congress supremo said.

Taking potshots at Modi for calling himself a 'chowkidar', Banerjee said the prime minister was changing his identity quite often. “Modi Babu doesn't have tea or kettle any more, not even sugar or jaggery. Now he claims to be a 'chowkidar',” she said apparently referring to the BJP's oft-repeated allegation that the opposition targets Modi since he was a “tea seller”.

Banerjee also took sharp dig at the prime minister over the release of his biopic just days ahead of the elections. “Why should people watch his film? What contribution he has made to India?,” she asked.

On Wednesday, the two leaders had engaged in a bitter war of words with the prime minister calling Banerjee “speed-breaker Didi” accusing her of stalling the central schemes in the state and the chief minister retorting terming Modi as “expiry Babu”.