It's no cakewalk to win Chandigarh LS seat—here's why

The Union Territory goes to polls on May 19 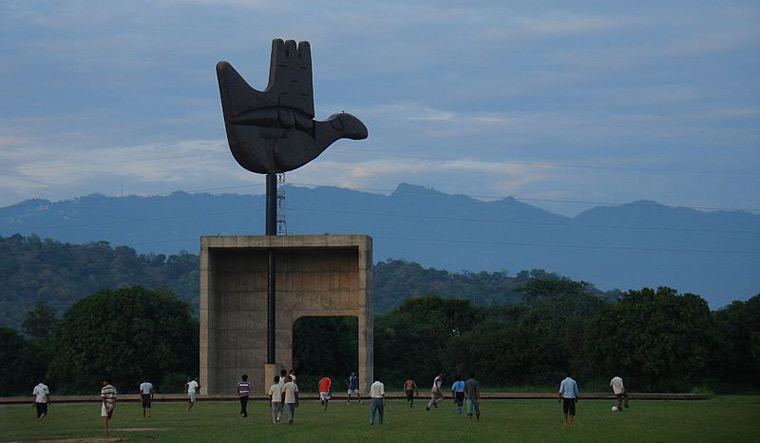 Those who win the Lok Sabha polls are, doubtless, popular in their constituency. But anyone winning the parliamentary constituency of Chandigarh is more than popular since he or she is the only connect the voters have with democracy, given the Union Territory does not have a legislature like New Delhi or Pondicherry has.

Though the city is a little over 65-years-old, the Union Territory got a municipal corporation only 24 years ago. For many reasons, people see it as a toothless body, and it is at the doors of their MP that citizens knock for everything—from basic civic issue in a sector to getting things done at the national capital, given the city is a Union Territory. It also happens to be a small constituency. Many of the 6.20 lakh voters would have met their MP at least twice a year, and many would even know him personally. And the MP would also know them that way, rare in Indian democracy the last few years.

Former Union minister and Congress leader Pawan Kumar Bansal has been given the party ticket for the May 19 polls to the Lok Sabha from Chandigarh since he has a connect with the people. The old BJP of the Atal-Advani era had first fielded Sirichand Goel, and then Satya Pal Jain who had a similar connect. But in 2014, the BJP of Modi-Shah brought in stardust in the form of Kirron Kher, a Bollywood “mother”. She did have a claim, however tenuous and by a long shot, it may have been. Her late father, Lt Col Thakur Singh, had made Chandigarh his home post his retirement, and Kirron was a student at the department of Indian Theatre at the Panjab University, before Bombay beckoned. Her sister Kanwal Thakur Singh was the real star in the early 80s, an Arjuna Awardee badminton player, well known in the city without any filmy trappings.

Kirron won at the peak of a Modi-wave, and Bansal, who has so far contested the seat eight times—winning it four times—was swept out along with his party that was reduced to 44 in the Lok Sabha.

Because of the small number of voters, and the compact and easy nature of the planned-city constituency, Chandigarh is a seat that even novices think they can take home as easily as a middle-school championship trophy. But both Bansal and Jain know it is not that easy. As does Harmohan Dhawan, who was for a short while MP from JD(U) and the civil aviation minister in the Chandrashekhar government. He is now tipped to be the candidate from the Aam Aadmi Party. Leaders like Manish Tewari, Navjot Kaur and many others who were hopeful of the Congress ticket can be forgiven for presuming it will be easy to get the ticket, and a cakewalk to win the Lok Sabha seat from Chandigarh.

Will BJP's Kirron get the Chandigarh ticket again? That's the question, even as many in the city say there are strong local party leaders including Jain, and don't mince their words when they say she was a visitor to the constituency, with home in Mumbai, and present at the party's meetings in the national capital.