Sources say the Army, too, is unhappy over Yogi's remark 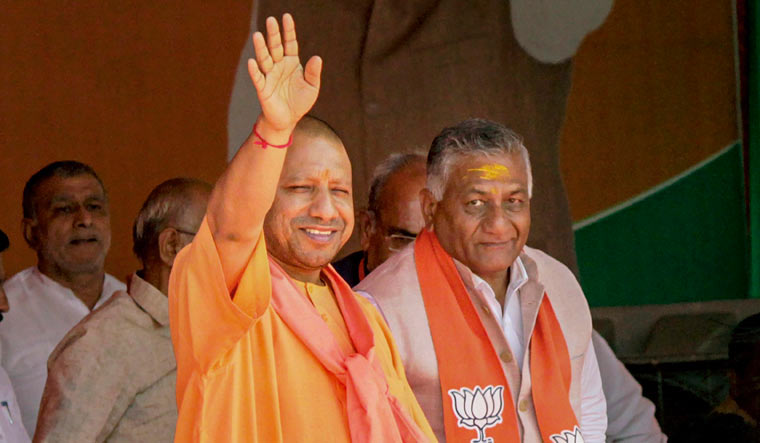 Uttar Pradesh Chief Minister Yogi Adityanath found himself in a spot after the Election Commission on Monday sought a report over his controversial remarks calling the Indian Army “Modi ji ki Sena”.

Taking note of media reports, the poll body sought a report from the Ghaziabad district magistrate to decide on whether the chief minister had violated the model code of conduct.

"Under Prime Minister Modi's leadership, terror camps are being destroyed which is breaking the back of terrorists and Pakistan. This is the work being done by the BJP government and this is the difference," the chief minister had said while campaigning for sitting MP and Union minister V.K. Singh.

Adityanath's comment came even as the BJP government at the Centre is being accused by the opposition parties of using armed forces for political gains.

The chief minister's remarks, too, elicited sharp reactions from various parties with the Congress demanding an apology from him.

"This is an insult to our armed forces. They are India's Armed Forces not the private army of Prachaar Mantri. Adityanath must apologise," Congress leader Priyanka Chaturvedi tweeted.

"It is shocking to hear the UP CM saying that the Indian Army is the 'Modi Sena'. Such blatant personalization and usurping of our beloved Indian army is an insult and a humiliation," said West Bengal Chief Minister Mamata Banerjee.

Meanwhile, quoting sources, the NDTV on Monday reported that officers in the Indian Army, too, found Adityanath's comment objectionable. "The Indian Army has explained its concern to the Ministry of Defence," the channel quoted a source as saying.