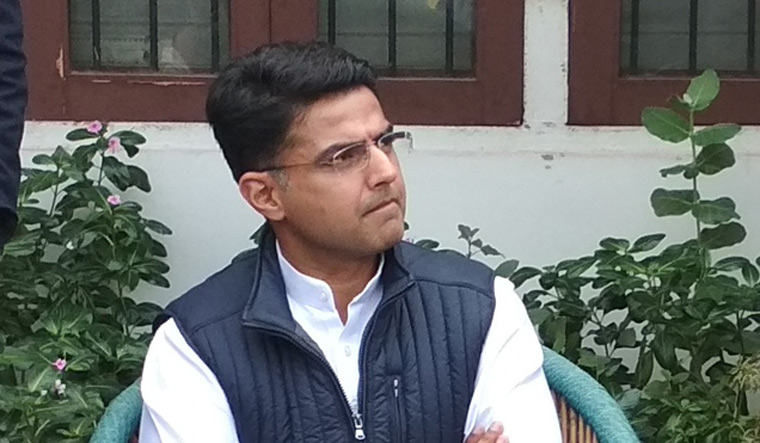 There is “complete unanimity” among all senior Congress leaders in Rajasthan on the names of the candidates to be fielded in almost all of the 25 Lok Sabha seats, Deputy Chief Minister Sachin Pilot said Sunday, asserting that his party will accomplish its “mission 25” in the state.

The Rajasthan Congress chief also asserted that the Lok Sabha polls will be fought on bread and butter issues and not on emotional matters that the BJP wants to take the narrative to.

The BJP-led government is trying to shift the narrative away from issues of economic non-performance and job creation, he told PTI in an interview.

The government has made deliberate attempts to make institutions hollow and systematically dismantle them over the last five years, Pilot alleged, citing the examples of institutions such as the Enforcement Directorate, the Central Bureau of Investigation, and the Reserve Bank of India.

Asked about the issue of infighting over ticket distribution which had reportedly been a concern in assembly polls, Pilot said there is a set process for ticket distribution in the Congress and at every level all stakeholders are involved in the decision making, from the district to the national level.

All senior leaders are consulted and it is with their consent that the final decisions are taken... For Lok Sabha, I am happy that for almost all the seats, between all the senior leaders in Rajasthan, there is complete unanimity on the names that we feel should be fielded for the Lok Sabha, the 41-year-old former Union minister said.

“We have adopted a very exhaustive process in which from each constituency, the chief minister, myself and the AICC in-charge (Avinash Pande), have interacted with 600-700 parliamentary constituency workers at least, Pilot said.

The RPCC followed a three-tier process―screening, talking and consulting―on which work was done over the last one and a half months, the MLA from Tonk said.

“Today we are comfortably placed, we are putting up the best possible candidates with complete unanimity so that we are fighting to win and complete our mission 25, and we are going to complete that mission,” he asserted.

Asked if the post-Pulwama Balakot air strikes may have an electoral impact in Rajasthan considering it is a border state, Pilot said: “Being a border state or not is not as important as the fact that the country is pained with the record number of unemployed young people in India and the farmers' crisis that goes on unabated.”

Asked if Priyanka Gandhi Vadra will campaign in Rajasthan along with Rahul Gandhi, Pilot said: “She was there in Ahmedabad. She made a very good speech at the rally. I am sure that outside UP also she will be campaigning for the party as and when the time arises.”

He also reiterated that Rajasthan is a two-party state where the Congress has always contested all the seats and the BJP has fought on all constituencies, and it would be no different this time.

Pilot also alleged that the BJP was desperate and it was reflected in Bihar where it gave Janata Dal (United) 17 seats despite the party having just two members in the Lok Sabha.

This is because of the three states that BJP lost in Rajasthan, Madhya Pradesh and Chhattisgarh. Because of the Congress defeating the BJP in these states, its allies are getting more than their pound of flesh, he said.

On alliance not coming through for the Congress in the politically crucial state of Uttar Pradesh, Pilot said: “We are fighting elections to win whether it is UP or other states. The number of parties supporting the UPA has increased.”

He asserted that in most of the states alliances are done and things are better than they seem from the outside.

“We are going to have a united, competent, and strong anti-BJP alliance across India,” Pilot said.

Polling will be held in Rajasthan in two phases on April 29 and May 6.