Assam Accord: High-level committee to implement Clause 6 of pact 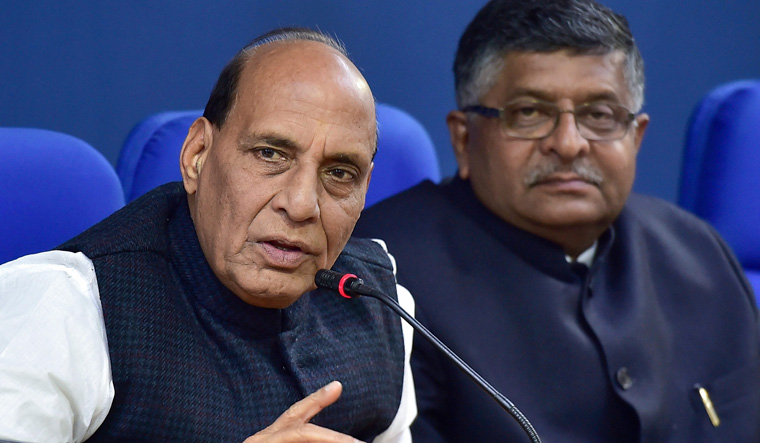 With an eye on the upcoming Lok Sabha elections, the Union government is looking at state specific issues which will have a traction among the people. The Narendra Modi government dusted the 35-year-old Assam Accord in a bid to address the promises made by it to preserve the Assamese identity.

Union Home Minister Rajnath Singh on Wedenesday announced that a high-level committee will be set up for the implementation of Clause 6 of the Assam Accord which deals with the issue of reservations in the state assembly, jobs, preservation of language and heritage.

Singh said this government was fulfilling the promise that was long forgotten. “After Assam agitation of 1979-1985, Assam Accord was signed on 15th August, 1985. Clause 6 of the Assam Accord envisaged that appropriate constitutional, legislative and administrative safeguards, shall be provided to protect, preserve and promote the cultural, social, linguistic identity and heritage of the Assamese people. However, the Clause 6 of the Accord has not been fully implemented,” Singh said addressing a press conference after the cabinet meeting.

Singh said the committee will be notified in the next two-three days with its terms of reference, tenure, and even composition drawing from imminent people from the state.

The panel will even examine the effectiveness of all government actions since 1985 to implement Clause 6 of the Assam Accord.

“The committee will hold discussions with all stakeholders and assess the required quantum of reservation of seats in the Assam Legislative Assembly and local bodies for Assamese people. The committee will also assess the requirement of measures to be taken to protect Assamese and other indigenous languages of Assam, quantum of reservation in employment under the government of Assam and other measures to protect, preserve and promote cultural, social, linguistic identity and heritage of Assamese people,” home minister added.

During the 2014 elections, the BJP had won seven out of the 14 Lok Sabha seats from Assam. The saffron party is hoping to add more seats from the state to compensate for some likely reverses in other states.

In a related subject, the cabinet also approved a number of measures to fulfil the outstanding issues related to the Bodo community. The Bodo Accord was signed in 2003 which resulted in the establishment of a Bodoland Territorial Council under the sixth schedule of the constitution of India. However, there have been representations from different organisations of Bodos to fulfil various outstanding demands.

Among the decision taken during the cabinet meeting includes establishment of a Bodo Musuem-cum-language and cultural study centre, modernisation of existing All India Radio station and Doordarshan Kendra at Kokrajhar and naming a superfast train as Aronai Express.

The state government will also take necessary measures related to appropriate land policy and land laws, besides setting up of institutions for research and documentation of customs, traditions and languages of indigenous communities.