Man who said Kerala floods affected only rich, a member of BJP IT cell 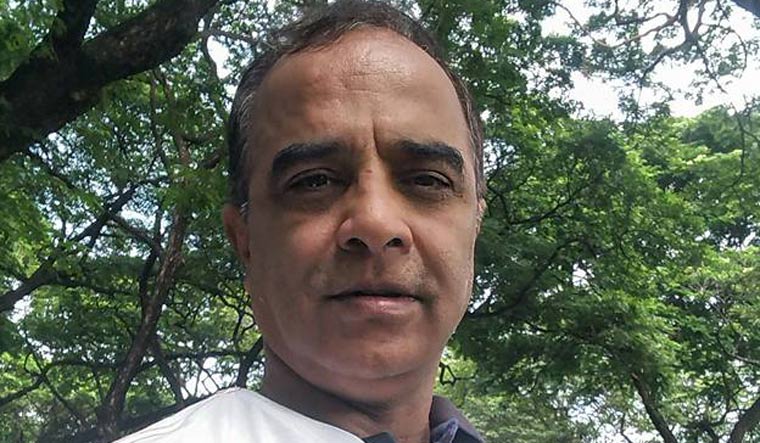 A Hyderabadi man is facing severe backlash on social media after his appeal on the current situation in Kerala has gone viral. In the eight-minute audio message, a person who identifies himself as Suresh Kochattil, claimed that he was stuck in Kochi due to floods when he was trying to reach his village which is an hour's drive from the city.

In the audio clip, he is heard saying most of the families who were affected by the floods were middle class, upper middle class or superbly rich and they do not require money or essential items. He also claimed that electricity supply is intact in many areas. He went on to say those affected by floods require only skilled labourers like electricians and carpenters and asked people to arrange for these instead of sending them cash.

According to his Facebook profile, Suresh Kochattil, a social media member of the BJP IT cell, is a native of Kerala settled in Hyderabad. After his audio clip went viral, a large number of netizens slammed him for misleading and insensitive comments. Soon, he came out with a Facebook post with the claim that he was being threatened by the CPI(M) cadre from Kerala.

A number of celebrities and prominent personalities, including popular actor Dulquer Salmaan, have openly criticised Kochatil. In an Instagram post, the actor asked people not to believe him but contribute generously to help those affected by floods.

“Another shocking revelation that we have come across is that a man who led PM Modi's campaign in Kerala, Suresh Kochattil, is spreading false information to prevent people from sending relief funds to Kerala,” was a tweet from official Congress twitter handle.

Kochattil worked in a senior non-editorial position in a well-known media house in Hyderabad. During 2014 elections and later, Kochattil was active on various social media forums, posting his strong political views. He is also a known face in the Hyderabad community of adventure lovers. He was an active member of Greater Hyderabad Adventure Club (GHAC) and was closely involved in the operations and management of the club.

Despite repeated attempts, Kochattil could not be contacted on phone and he did not respond to messages on Facebook.