Haryana: Man beaten to death on suspicion of cattle theft 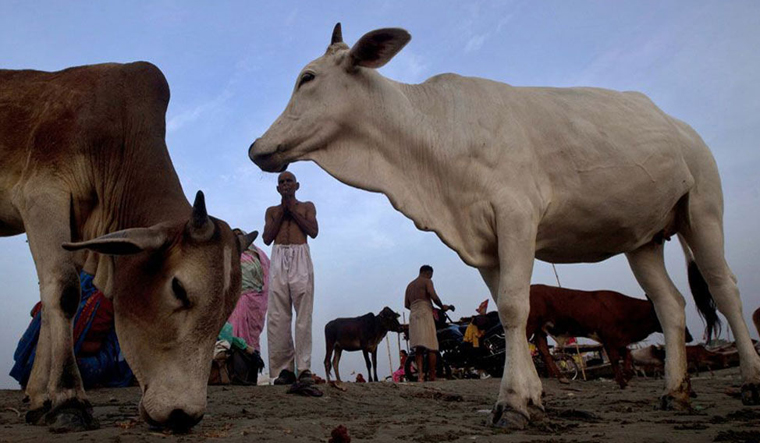 As per data compiled by the Ministry of Home Affairs, 45 persons were killed in 40 cases of mob lynching across nine states between 2014 and March 3, 2018

In yet another case of mob lynching in the country, one man was beaten to death in Haryana's Palwal district on suspicion of cattle theft.

The incident took place in Behrola village on the intervening night of August 2 and 3.

Police said, "Two men accompanying the deceased fled from the place when the locals tied his hands and thrashed him brutally. The body of the deceased has been sent for postmortem and further investigations are on".

One of the three accused has been arrested while the police are still in search of the remaining two.

"The matter has been filed against three brothers who were involved in the incident, while one has been arrested," the police said.

Incidents of mob lynching have been on a rise in the country. On July 21, a 28-year-old Muslim man named Akbar Khan was allegedly beaten to death in Rajasthan's Alwar district by an agitated mob on suspicion of cow smuggling.

In a similar incident, 50-year-old Pehlu Khan was beaten to death by cow vigilantes in Alwar district last year.

As per data compiled by the Ministry of Home Affairs, 45 persons were killed in 40 cases of mob lynching across nine states between 2014 and March 3, 2018. The Supreme Court on July 17 asked the Centre to enact a law to deal with incidents of lynching and take action on mob violence.