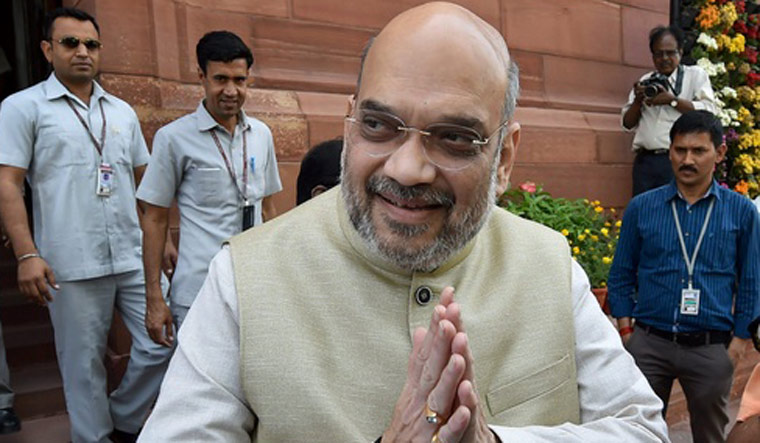 Shah was quick to correct his mistake, and said, “Arre re… Siddaramaiah government is number one in corruption.” But, his blunder became the talk of the town, and many social media users were quick to mock him. Congress leaders, who were waiting for an opportunity, sneered at Shah’s remarks. Tweeted Congress president Rahul Gandhi, “Gifted to us by the BJP president. Our campaign in Karnataka is off to a fabulous start. He says Yeddyurappa ran the most corrupt government ever.”

But was it really a blunder from the otherwise careful and “cunning” Shah, or did he pull a fast one on Yeddyurappa? Shah may have said it purposely, it is being said.

Said a BJP leader from Kerala, on condition of anonymity, “I think Shah said it purposely. He doesn’t make mistakes like that. Everyone knows that Yeddyurappa is corrupt. Shah is not fond of him. Yeddyurappa was made the chief ministerial candidate in Karnataka only because of the popularity he enjoys among the influential Lingayat community in the state. Shah would have ideally favoured a leader like Ananth Kumar Hegde, 49, (Union minister from Karnataka) to be the chief minister.”

The BJP had expelled Yeddyurappa from the party on July 31, 2011, after he was indicted in a Lokayukta report on illegal mining, which said Yeddyurappa, who was the chief minister of Karnataka from 2008 to 2011, had accepted bribe worth Rs 40 crore from a mining company. After he was suspended from the party, Yeddyurappa formed the Karnataka Janata Paksha. But, in 2014, he merged KJP with the BJP and joined the party once again. The Karnataka High Court, in 2016, set aside the cases involving Yeddyurappa, and it paved the way for him to lead the BJP in the state in the 2018 assembly elections.

Yeddyurappa, till a few months ago, was on the edge after news reports said Narendra Modi and Shah would consider Hegde’s name for the post of the chief ministerial candidate, thereby repeating what happened in Uttar Pradesh, in Karnataka, by appointing a serving Union minister to the post of the chief minister. Hegde, who is the favourite of the Hindutva forces in the state, gets deafening roar wherever he goes to campaign, more so in the coastal districts of the state. Despite the controversial remarks that Hegde makes every now and then, he has the support of Shah. But the BJP’s central leadership knows well that by denying Yeddyurappa the CM post, the party could lose the state. Yeddyurappa is the most acceptable face in the BJP in Karnataka, despite the corrupt image.

Said B.K. Hari Prasad, Congress’s Rajya Sabha MP, who is from Karnataka, to The Week, “What Shah said about Yeddyurappa was right. It was not a slip of tongue. Never! Yeddyurappa’s corrupt image is here to stay.”

BJP’s Karnataka in-charge, P. Muralidhar Rao, was unable to speak to The Week.

Said P.C. Mohan, BJP MP from Bengaluru Central, to The Week, “I think it was a slip of the tongue from our party president. He would not refer to Yeddyurappa’s name like that. The Congress is trying to utilise a mistake that anybody can make.”

Mohan said people in Karnataka are looking for a change. “The BJP will sweep the elections. We are that much confident,” he said.

Said former Union minister and Congress veteran M. Veerappa Moily to The Week, “I don’t know whether Shah purposely said Yeddyurappa was corrupt. But for the first time he said the truth.”

Moily said after the BJP announced Yeddyurappa as its chief ministerial candidate, the Congress has gained even more confidence. “Now there is no stopping us from winning the elections in Karnataka,” he added.