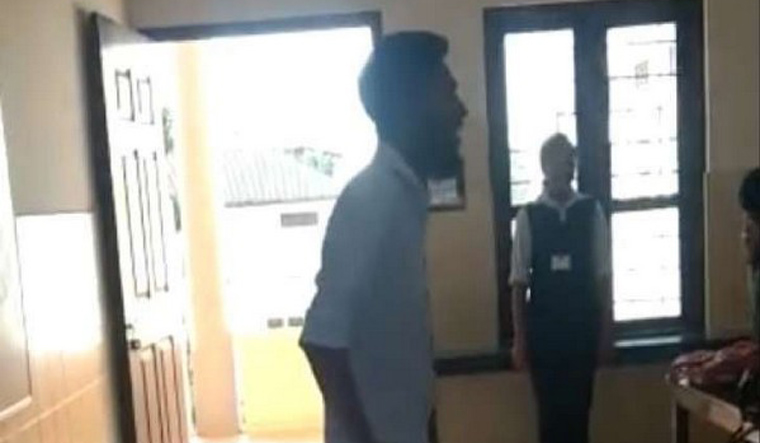 A Students' Federation of India (SFI) leader of Nirmala College in Kochi's Muvattupuzha town has been suspended for allegedly insulting the national anthem.

The SFI leader has been identified as Aslam Salim, who ridiculed the anthem while it was being sung at the end of the day's class.

The incident took place on February 27, after the staff council recommended the principal to suspend Salim, a third year student of BA.

In the video, Salim is reportedly seen conducting himself in a manner disrespectful to the anthem and tried to take photographs of other students who were standing for the anthem and distracted them.

Following this, the members of the Congress-affiliated Kerala Students Union (KSU) filed a police complaint, along with a video, against Salim.

“The suspension notice was given to him yesterday,” Jose Karikkunnel, vice-principal of the college said.

According to media reports, the SFI denied claims that Salim is one of its leaders.