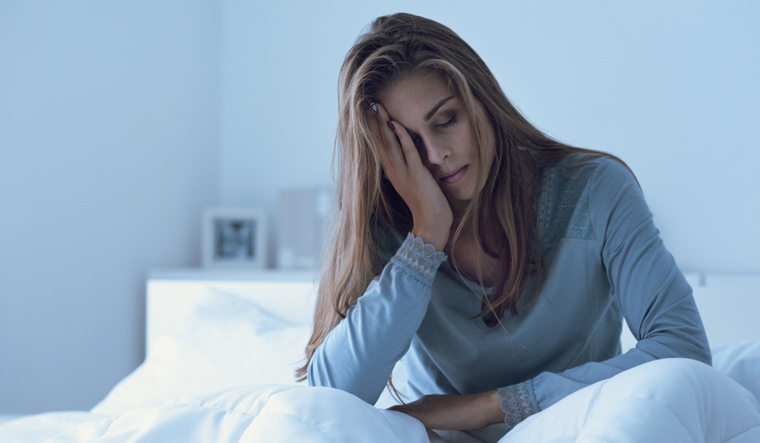 Failure to receive at least seven hours of quality sleep during the teenage years is associated with the subsequent risk of developing multiple sclerosis (MS), according to a study.

The research, published in the Journal of Neurology Neurosurgery & Psychiatry, suggests that clocking up enough hours of restorative sleep while young may help to ward off the condition.

MS is influenced by both genetic and environmental factors, including smoking, teenage weight (BMI), Epstein-Barr virus infection -- one of the most common human viruses -- sun exposure, and vitamin D, the researchers said.

Shift work has also been linked to a higher risk of the condition, particularly at a young age, but whether sleep patterns -- duration, body clock disruption, and sleep quality -- might affect this risk has not been fully assessed, they said.

People with MS were recruited from hospital- and privately-run neurology clinics and matched for age, sex, and residential area with two healthy people randomly selected from the national population register between 2005 and 2013 and 2015 and 2018.

The researchers focused particularly on sleep patterns during the ages 15 to 19, and the final analysis included 2,075 people with MS and 3,164 without the condition in this age group when recruited to the study.

The study participants were asked about their sleeping patterns at different ages: length of sleep on work or school days, and at weekends or on free days.

Short sleep was defined as less than seven hours per night; adequate sleep as 7-9 hours; and long sleep as 10 or more hours.

Study participants were also asked to assess sleep quality during different age periods using a 5-point scale, where 5 equalled very good. The average age at which MS was diagnosed was 34.

Sleep length and quality during adolescence were associated with the risk of an MS diagnosis, which increased in tandem with fewer hours and poorer quality of sleep, the researchers found.

Compared with sleeping 7-9 hours per night during the teenage years, short sleep was associated with a 40 per cent increased risk of subsequently developing MS, they said.

However, long sleep, including at weekends or on free days, was not associated with a increased MS risk, according to the study. Similarly, subjectively assessed poor sleep quality during this period was associated with a 50 per cent higher risk of developing the condition, the researchers said.

The researchers caution that their findings should be interpreted cautiously on account of potential reverse causation -- whereby poor sleep could be a consequence of neurological damage rather than the other way around.