Emerging from a coma: Response to language can help assess states of consciousness 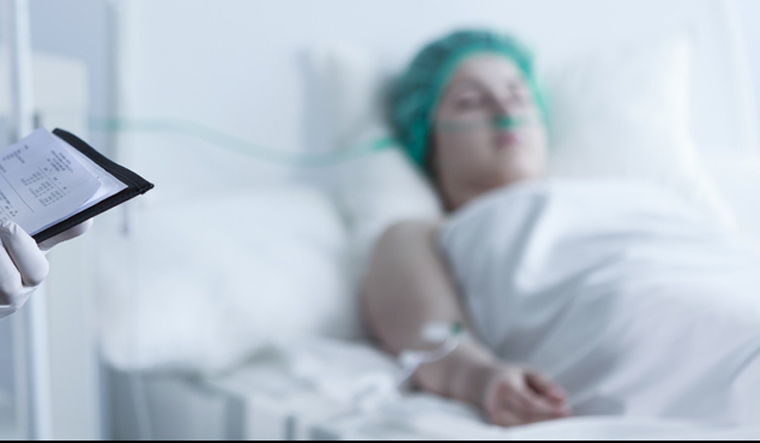 A man for the sake of this exercise, let's call him Paul - has a heart attack and his brain is starved of oxygen. After several resuscitations and a week in a coma, he finally opens his eyes.

However, he doesn't always appear to be present. Doctors say he is still unconscious, in an unresponsive state the patient's eyes are open, but he doesn't move his hand when asked. For families in such situations, the question is always the same: will their loved one become conscious again?

Recent advances in intensive-care medicine have allowed many people with severe brain injuries to come back to life.

However, from a seemingly inert state to full wakefulness, there is a wide range of different states of consciousness that neuroscientists are working to better define.

After a coma episode (where the eyes remain closed) lasting between one hour and four weeks, there are normally several states of recovery until emergence, but some intermediate states of consciousness may persist and even become chronic:

Unresponsive wakefulness syndrome: the patients open their eyes but show no signs of consciousness. (This was previously called a vegetative state, but was renamed in 2010 to better describe the symptoms.)

Minimally conscious state minus: recovery of some signs of consciousness such as visual pursuit/fixation, or localisation of painful stimulation.

Minimally conscious state plus: reappearance of signs of language awareness response to verbal commands, production of words, attempts to communicate.

Emergence from the minimally conscious state: as soon as the patient is able to communicate using a yes/no code or to use everyday objects.

It is crucial to be able to distinguish these disorders of consciousness from a locked-in syndrome, also the result of a severe brain injury, but located in the brain stem.

The result is paralysis of the body, head and face, although consciousness and cognition may be preserved. Communication is most often achieved through eye movements.

The challenging diagnosis of disorders of consciousness

Such altered states of consciousness are difficult to diagnose because brain imaging does not yet allow an optimal diagnosis of unresponsive wakefulness or minimal consciousness.

The most widely accepted method at present is a bedside assessment using standardised and validated scales. The Glasgow Coma Scale is the most known and investigated one.

However, it does not assess the most frequent signs of minimal consciousness (notably visual fixation/pursuit).

This is in contrast to the Coma Recovery Scale-Revised or the Simplified evaluation of consciousness disorders, which identify auditory, visual, motor and language signs of consciousness.

Without such assessments, a diagnosis based on simple clinical observation would have about 40 per cent error. These assessments must be repeated about five times in a short period of time (for example, two weeks), reducing the risk of diagnostic errors from 36 per cent after one assessment to 5 per cent after the fifth.

The challenge in making a correct diagnosis on the basis of behavioural assessments is partly related to patients' fluctuating level of arousal, and also lesions such as palpebral ptosis inability to open the eyes that can impede the assessment of visual fixations/pursuits.

A new approach through language

One of the most frequent questions health professionals are faced with when taking care of these patients is: Can they understand us? The assessment of language skills is also a key step in establishing communication with the patient.

However, if the language regions of the patient's brain have been too damaged, their state of consciousness could be underestimated he or she may not respond to commands simply because they're not understood.

Indeed, a 2015 study of stroke patients with aphasia language impairment following brain damage showed that about 25 per cent of who were fully conscious could be erroneously diagnosed as minimally conscious.

These data underline the importance of improving the assessment of language in patients waking up from coma. Current research is trying to better understand how we can assess the language abilities of these patients, despite their visual, auditory and motor dysfunctions.

An aid to limit misdiagnosis

Our recent systematic review of the literature reports the use of electroencephalography (EEG) or magnetic resonance imaging (MRI) methods, which make it possible to measure the activity of brain regions generally linked to language.

Two types of tasks can be performed with either technique:

Passive listening tasks consist of having patients listen to words or sentences. For example, we look at the difference in brain activity depending on whether the patient hears noise or language.

According to the studies reviewed, about 33 per cent of patients considered to have an unresponsive wakefulness syndrome show signs of language comprehension.

Active listening tasks, in which the patient is asked to think about a physical activity for example, Imagine playing tennis.

If the patient shows signs of the activation of motor imagery on EEG or MRI, it can be deduced that he or she has responded to the command.

Approximately 20 per cent of patients considered to have an unresponsive wakefulness syndrome are able to perform these tasks.

The level of consciousness of these patients could therefore be misdiagnosed. Since they respond to commands, they are actually in a minimally conscious state.

The consequences of misdiagnosis Such diagnostic errors can have a significant impact on the prognosis and management of the patient.

This is because health care staff tend to be more attentive to the pain management of a minimally conscious patient than an unresponsive patient who is considered to have impaired pain perception.

More importantly, end-of-life decisions will be discussed more often in the case of an unresponsive patient.

Such efforts are only precipitated by the fact health professionals do not always have access to EEG and MRI techniques.

At Lige University, our team has developed a brief evaluation of receptive aphasia (BERA) tool that presents pairs of images to the patient, prompting them to fix their eyes on the one that corresponds to the word or sentence they hear.

With this test, we hope to provide a new, easily accessible and inexpensive tool for all clinicians in coma recovery.

There are still many advances to be made in this area of clinical research. The methods of assessment (but also of rehabilitation) will have to evolve in parallel with those of intensive care medicine, in order to help patients such as Paul to be able to communicate again.