Bullying, power and control: Why people believe in conspiracy theories and how to respond

From vaccine uptake to violent extremism, conspiracy beliefs are linked to distrust in major institutions or powerful figures.

Research developed in the last decade shows how conspiracy beliefs can be linked to people's lack of control in their lives, feeling threatened or even workplace bullying.

Conspiracy theories are defined by psychologists as "explanations for important events that involve secret plots by powerful and malevolent groups" without any basis in fact. Followers point a finger at groups they think of as powerful, from scientists and doctors to minority groups such as Jewish people, and blame them for events or societal change.

Conspiracies, where powerful figures secretly plot to undermine something or someone, do exist. The Watergate scandal involved a break in at the US Democratic National Committee headquarters by burglars connected to President Richard Nixon's reelection campaign.

The burglars were caught wiretapping phones. Nixon tried to cover up the crimes but journalists uncovered his role in the conspiracy. But the difference here is that there is evidence to back up what happened.

However, conspiracists insist their theories are true even when there is no evidence that holds up to scrutiny. Still, conspiracy theories can be persuasive. Millions of British people believe in at least one. It's a worldwide phenomenon.

Studies in the early 2010s showed how non-pathological factors, such as uncertainty, are linked to why people turn to conspiracy beliefs. In 2017 psychologist Karen Douglas and colleagues argued the wide appeal of conspiracy theories is their promise to satisfy psychological needs. These include desire for certainty, control and meaning, and to maintain a positive image of yourself and the groups you identify with.

Feelings of anxiety and threat increase during a crisis, such as the COVID-19 pandemic. People want to make sense of turbulent societies.

But conspiracy theories do not satisfy the psychological needs that make us reach for them. A 2021 study found conspiracy beliefs don't lessen anxiety or uncertainty. If anything, there is some evidence people's sense of existential threat and anxiety increases when they engage with conspiracy theories.

A less well-understood factor is collective discrimination, where a group experiences being harmed by another group.

But researchers are getting closer to finding out why conspiracy theories are adopted by a group of people. It can be linked to a lack of trust in institutions or society. Work in 2002 showed discrimination experienced by African Americans was associated with their heightened beliefs that HIV is made by humans deliberately. This idea still circulates today.

Research in 2020 found discrimination experienced by gay men in the UK was connected to their conspiracy beliefs about HIV being human-made. Such research underscores the links between conspiracy beliefs and distrust in powerful figures found in minority communities.

In a study into how conspiracy beliefs develop, Greek participants who thought their country historically suffered more than other nations were more likely to be conspiracy theorists. Research with similar study designs have found the same results in French and Polish participants. 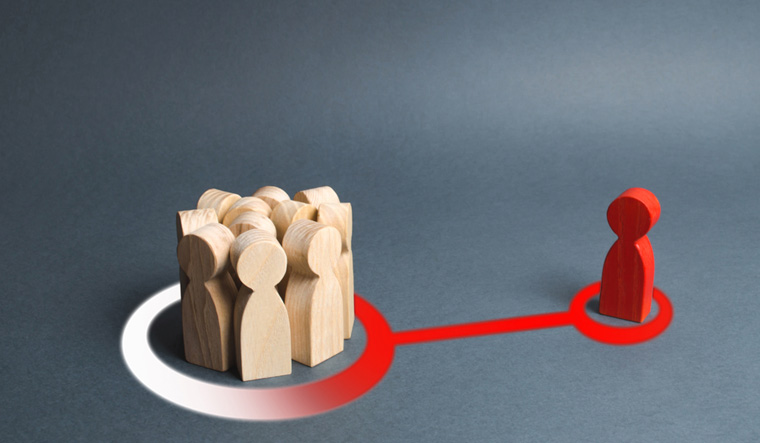 Our recent research was inspired by previous work linking conspiracy theorising and people's sense they are being victimised. We focused on workplace bullying. Unlike collective discrimination, bullying is personal, with a power imbalance between the bully and the victim.

Bullied victims report increased feelings of anxiety and paranoia. Being bullied seems to increase the risk of believing in a conspiracy theory.

We carried out two studies. The first study recruited 273 British participants online. We measured participants' past experiences of workplace bullying by asking them report whether they experienced a range of incidents, such a colleague withholding information which affects a co-workers' performance.

The more negative acts a participant has suffered, the stronger their tendency to engage in conspiracy theorising.

Participants who experienced workplace bullying were more likely to report increased paranoia to wonder what hidden reason another person may have for doing something nice for them. 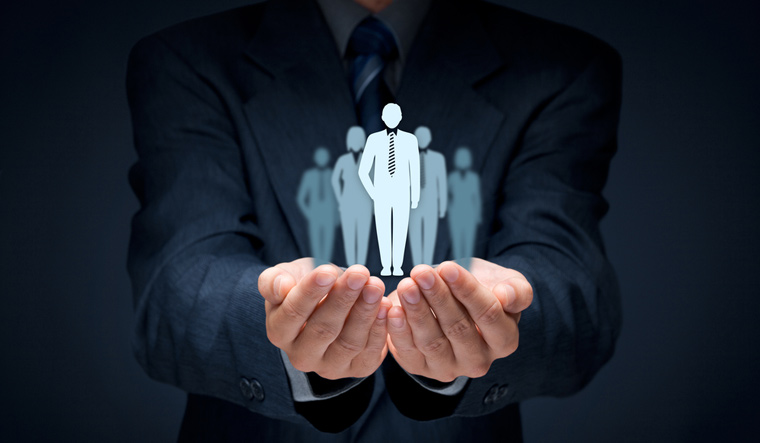 Our work highlights how conspiracy beliefs can form in response to circumstances that could happen to anyone. When a hostile environment primes us to search for meaning, we may find a conspiracy explanation appealing.