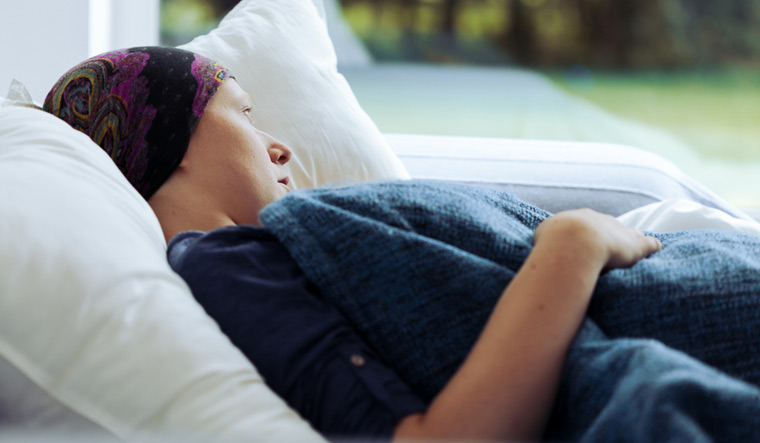 On July 25 this year, Lancet published a series on gyneacological cancers. In its summary, the journal noted that “gynaecological cancers are among the most prevalent cancers in women worldwide. In view of the prevalence of gynaecological cancers and the substantial burden these diseases have on women around the world, coordinated efforts are needed to optimise treatments for these cancers.” Cervical cancer, elimination of which has become a global goal in cancer control over the past two decades due to effective human papillomavirus (HPV) vaccination and screening programmes, and ovarian cancer, which still generally presents at a late stage due to a lack of effective screening tests and for which outcomes can be poor were among the types of cancers included in this grouping.

Gynaecological cancer, as an umbrella term, includes cancerous outgrowths in a woman's reproductive organs—the vulva, vagina, cervix, uterus, fallopian tubes, and ovaries. Depending on the type and location, the cancer is named and differentiated. These cancers essentially inhibit the chances of conception.

Both, gyneacologists and oncologists from India believe that a large number of Indian women are diagnosed with gynaecological cancers which in turn takes a toll on their ability to reproduce.

As per a research paper on the quality of life in patients with gyneacological cancers by Elham Sherali from Yas hospital in Tehran University of Medical Sciences in Iran, "These cancers, including cervical, ovarian, uterine and vaginal and vulvar cancer, represent around 1 in 5 of all cancers diagnosed in women. However, cervical cancer is more common in pre-menopausal women, while the incidence of uterine and ovarian cancers increase in the perimenopausal years and vaginal and vulvar cancers are uncommon and mostly affect elderly women."

The paper points out that despite the high morbidity and mortality rate of gyneacological cancers, cervical and uterine cancers have a high chance of survival, but the patients living with such cancerous growths tend to have a low quality of life and experience higher anxiety and depression. While each cancer has different symptoms and treatment options depending upon the stage, the most common treatment options are chemotherapy, radiation therapy, hormone therapy, surgery, or transplant.

Dr. Amita Maheshwari from the department of gyneacologic oncology at Tata Memorial Centre in Mumbai says, "Ovarian cancer has emerged as one of the most common malignancies affecting women in India and has shown an increase in the incidence rates over the years. Although cervical cancer is on a declining trend, it remains the second most common cancer in women after breast cancer."

In such cases, how do women of child-bearing age ensure that their chances for conception aren't dimmed by this deadly disease? "Women with gynecologic cancers need to seek timely intervention without any delay because a large number of women tend to delay childbearing beyond the age of 35 and that in turn impacts their chances for conception, especially if they get struck by any of the gyneacological cancers, especially cervical cancer which is the early-stage cancer that can be seen in women who fall in the 30 to 40 years age group,” says Dr. Preethika Shetty, consultant obstetrician and gynecologist, Motherhood Hospitals, Kharadi, Pune.

Moreover, the sexual function and psychological well-being of patients are compromised due to the diagnosis of these cancers. "Given that chemotherapy can destroy ovarian follicles, hamper the egg maturation process and reduce the quality of eggs, and radiation therapy can lead to early ovarian insufficiency (IOP) in women, it is a must that these women preserve their eggs to not lose the chance for conception post their cancer treatment,” says Dr. Bharati Dhorepatil, consultant infertility expert, NOVA IVF Fertility, Pune.

Women detected with cancer can opt for various fertility preservation options such as Egg freezing (oocyte cryopreservation) a procedure wherein the unfertilized eggs are harvested and frozen, and embryos cryopreservation which involves the freezing of the embryos that are generated before the oncological treatment with the woman's oocytes and the partner’s sperm and ovarian tissue freezing which involves all or part of one ovary being removed by laparoscopy.

The ovarian tissue is usually cut into small strips, frozen, and stored. After cancer treatment, the ovarian tissue can be thawed and placed in the pelvis (transplanted). Once the transplanted tissue starts to function again, the eggs can be collected, and attempts to fertilise them can be done in the lab.

According to the recently implemented ART (Regulation), Act 2021 in India, eggs, and sperms can be stored for an indefinite period, as long as these are cryopreserved (frozen for storage) for self-use. Also, the quality and quantity of eggs deplete as a woman grows older, say experts.

Hence, it becomes even more pertinent that women plan their egg freezing process by their early thirties. But there is a caution here: "This is not a sure shot way towards eternal fertility. Women often mistake the egg freezing process as one that will ensure that it will help them get pregnant when the time comes. It will, but it depends on the age the woman chooses to freeze her eggs because as a woman's fertility decreases with age, there could be complications when the frozen eggs are used. Hence, earlier the procedure is done, the better it is," says Dr. Patil.